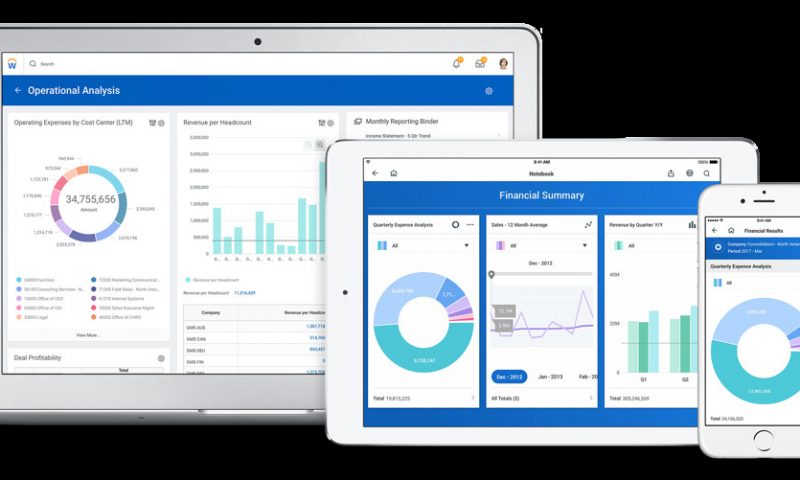 Workday says that new product launches and recent acquisition won’t be much help next year, sending after-hours gains to losses

Workday Inc. shares dropped in extended trading Tuesday after the company admitted that new products launches and a recent acquisition won’t help its performance much next year.

Workday WDAY, +0.91% is largely known for cloud software for human-resources needs, but the company is seeking to grow beyond that core with a focus on financial software for businesses. Last month, Workday announced the acquisition of Scout RFP in a quest to offer more software to businesses, which adds to last year’s $1.6 billion deal for Adaptive Insights.

In a conference call Tuesday afternoon, Chief Financial Officer Robynne Sisco squelched any hopes that results from the latest acquisition and new products launching next year would immediately boost Workday’s results, though. While Workday’s fourth-quarter revenue forecast beat analyst estimates, the company said its expectations for 2021 are lower than analysts expected.

“Given the timing of these launches and the time it takes a new product to impact subscription revenue growth at our scale, these emerging products won’t start to have any notable impact on our revenue growth until fiscal 2022 and beyond,” Sisco said, adding that Scout RFP would shave 1.5 percentage points off the adjusted operating margin in 2021, while adding less than 1% to subscription revenue.

Shares that had gained more than 2% in after-hours trading following the results dropped sharply to a 2% decline during the call.

Beating analyst estimates isn’t a big driver for Workday stock: The company had beaten earnings expectations for 12 quarters in a row heading into Tuesday’s report, but shares had declined after earnings in nine of those cases, including seven of the past eight. Workday, which went public in 2012, has not missed sales expectations as a public company since at least early 2014, according to FactSet data.

As Workday laps the acquisition of Adaptive Insights, its long-heralded revenue growth rate was expected to decline. Financial analysts cautioned against reading too much into a flattening growth curve ahead of the report, though, noting customers’ willingness to buy more product from the company.

“Our conversations with major Workday integrators point to a full-scale shift to in the enterprise market to Financials and full platform deals — away from HCM-only deals — with sustained growth in overall Workday of ~35% Y/Y,” Wedbush analysts wrote last week.

Wedbush also said that “moderation in Workday share price and sentiment” will help the company, with shares gaining only 8.8% so far this year, as the S&P 500 index SPX, -0.66% has increased 24.2%. Wedbush analysts maintain a neutral rating and $195 price target on the stock, though, noting valuation concerns still exist with a market capitalization of nearly $40 billion.

Overall, analysts are roughly split on Workday stock, with a slight majority calling it a buy. According to FactSet, 19 of 35 analysts tracking Workday rate the stock the equivalent of a buy, while 14 call it a hold and two rate the shares a sell. The average price target ahead of the report’s release was $210.41, more than 20% higher than the going rate.

The stock market could get cut in half next year, warns hedge-fund manager