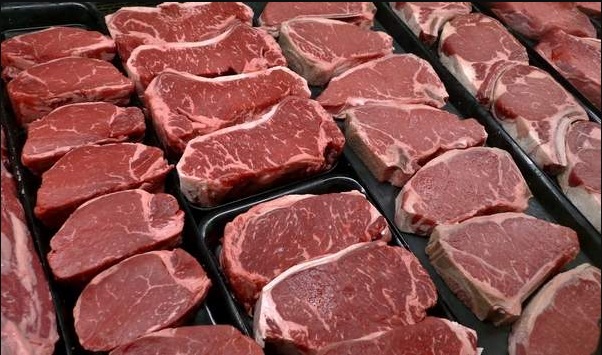 A combination of lower retail prices and the strong U.S. economy means consumers have been continuing to purchase beef. Together with strong exports, product has continued to rapidly move through the system.

“Favorably, beef demand and clearance against the other proteins is performing strongly. However, with such a saturated market it will not take much to tip it over,” analysts at Rabobank said in their latest Beef Quarterly report.

While prices have held remarkably well in the first half of the year given beef production levels, increased supplies of pork and poultry and potential trade fallouts will be a concern in the second half, they said.

“There is a whole laundry list of issues creating uncertainty and market volatility in the U.S.,” they said.

While domestic protein consumption has absorbed some of the increase, the U.S. needs to increase exports across all proteins, they said.

U.S. beef exports were up 14 percent year over year January through June, but the unnerving fact about current U.S. trade policy is its frequent changes, they said.

“The trade war with China is impacting pork trade, forcing exported product back to an already full domestic market,” they said.

While beef has been less affected because China’s market only opened to U.S. beef last year, it has stalled the momentum of U.S. beef growth into China.

“The bigger worry for U.S. beef exports is the slow process to renew NAFTA with Mexico and Canada,” they said.

“Rabobank expects that a successful renewal will be reached, the uncertainty is when,” they said.

Drought could also add to volatility. Currently 15 states have extreme to excessive drought conditions, and half of the U.S. beef cow herd resides in those states.

But the drought could be causing a temporary halt to herd expansion, with nominal gains going forward, he said.

“We are just at the top of the expansion phase and on the bubble,” he said.

With the expansion already in the system, a peak in total beef production should arrive by 2020 or 2021, he said.

As for markets, the fed cattle market is at a crossroads to determine whether conventional summer lows in prices were placed or if additional price pressure is yet to come.

“Given the market performance over the past couple of weeks, the bias is shifting to more price pressure ahead,” the analysts said.

They also expect feeder cattle prices to come under pressure from increased offerings as cattle are forced to market early under dry conditions. And cull cow prices have eroded due to forced movement of cows following dry weather.

As beverage wars heat up, market watchers place bets on the winner