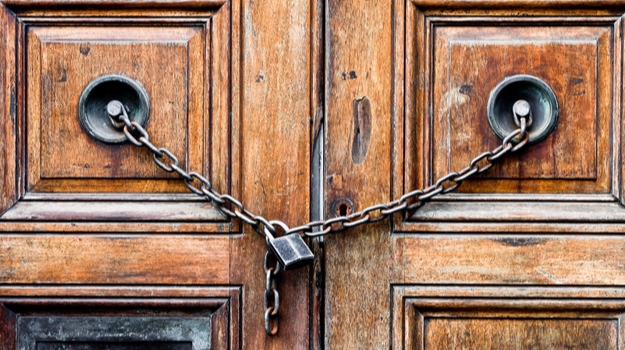 Three biopharma companies recently shuttered their clinical programs after either their compounds failed clinical trials or interim futility analysis suggested they were unlikely to meet their clinical endpoints. Here’s a look.

Early evaluation of the EMERGE Phase II trial of Jounce’s vopratelimab with Bristol Myers Squibb’s Yervoy (ipilimumab) in non-small cell lung cancer (NSCLC) patients who had been treated with checkpoint inhibitors found the trial will not meet pre-specified interim criteria for continuation of enrollment. As a result, the trial will not be expanded. The first patient was dosed in the SELECT Phase II trial for the company’s vopratelimab with JETX-4014 in immunotherapy naive biomarker-selected NSCLC patients.

“We are disappointed that an early look at the EMERGE data indicates that we will not meet our pre-specified interim criteria for continued enrollment,” said Beth Trehu, Jounce’s chief medical officer. “Less than 50% of the EMERGE patients had the emergence of ICOS hi CD4 T cells after ipilimumab treatment, indicating that CD4 T cell activation by CTLA-4 inhibitors may be impaired in PD-(L)1 inhibitor-resistant patients. Patients who have progressed on or after PD-1 inhibitor therapies represent a large and growing unmet need and new therapeutic mechanisms may be needed to more effectively treat these patients. We would like to thank the patients, investigators and study teams for their participation in the EMERGE trial.”

Santhera recently announced it was restructuring the company to focus on the development of vamorolone, a first-in-class dissociative steroid with a novel mode of action. It picked up the rights to the drug in September from ReveraGen BioPharma. But about a month ago, Santhera reported it was discontinuing its Phase III SIDEROS trial of Puldysa (idebenone) in Duchenne muscular dystrophy (DMD) patients who are in respiratory decline and receiving concomitant glucocorticoid treatment. An interim data analysis suggested the trial was unlikely to meet its primary endpoint.

“While this is obviously not the outcome we expected, all our efforts in DMD will now be focused on progressing the promising drug candidate vamorolone which we recently licensed from ReveraGen to its next inflection point, the readout of six-month topline data from the pivotal VISION-DMD study planned for the second quarter of 2021,” said Dario Eklund, chief executive officer of Santhera.

Aurinia Pharmaceuticals announced topline data from its Phase II/III AUDREY clinical trial of voclosporin ophthalmic solution (FOS) for dry eye syndrome (DES). The study failed to achieve statistical significance on the primary endpoint of a 10mm or greater improvement in STT at four weeks compared to vehicle (placebo). As a result, the company decided to suspend the development program. A total of 508 patients were enrolled in the study, which had four arms randomized to receive three different doses or the vehicle.

“First and foremost, we would like to thank the patients and investigators who participated in the AUDREY clinical trial,” said Peter Greenleaf, president and chief executive officer of Aurinia. “Based upon these initial topline results that we continue to interrogate, we are suspending the DES program at this time. While surprised by these results, we remain focused on preparing voclosporin for lupus nephritis—which has a different formulation and delivery mechanism compared to VOS. As we approach our lupus nephritis PDUFA action date, the Aurinia team remains committed to our mission of developing novel treatments for people with debilitating and severe autoimmune disease.”

Aptevo’s Phase I APVO436 Trial on Right Track Against AML