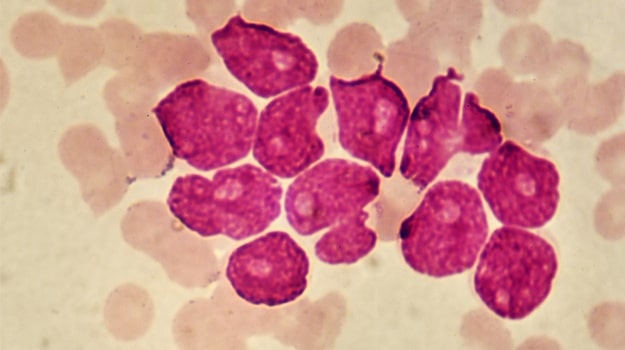 There is good news today from the rapidly evolving field of cancer immunotherapy. Aptevo Therapeutics Inc. announced the complete remission of a patient in cohort 6 of its Phase I clinical trial of APVO436, an investigational bispecific antibody therapy being developed for the treatment of acute myeloid leukemia (AML) and myelodysplastic syndrome (MDS). The announcement was made on the basis of preliminary data.

Aptevo is a clinical-stage biotech company developing novel therapeutics built on its proprietary platform ADAPTIR™technology which is modular and includes bispecific molecules that recognize and bind to two unique target antigens simultaneously.

APVO436, a novel anti-CD123 x anti-CD3 targeted investigational bispecific antibody therapy, is the company’s lead compound. Next in line are ALG.APV-527 and APVO603, both of which are intended for the therapeutic treatment of solid cancers.

The benefiting patient’s bone marrow blasts, which began at 29 percent, decreased to 6% after the first treatment cycle and fell to zero percent after the second. Complete remission criteria (CR) is defined by the patient’s platelet and absolute neutrophil counts (ANC).

“We are greatly encouraged by the complete remission in the patient in cohort 6, which is a wonderful outcome for them,” said Marvin White, President and CEO of Aptevo Therapeutics in a statement. “We are now in a critical phase of the study, as pharmacokinetic modeling suggests that dosing in cohorts 5 through 8 is in a therapeutic range, which could result in the potential clinical activity of the drug. We look forward to continuing the dose escalation and monitoring potential clinical responses as we advance through the upcoming dose cohorts.”

In a September update White noted preliminary early evidence of a clinical response in bone marrow observed in a cohort 4 patient.

“Notably, we believe this is a sub-optimal dose, so the potential clinical activity observed is especially intriguing. Although this patient did ultimately progress, we are encouraged by this preliminary evidence of activity,” White said at the time of the update.

Other immunotherapies such as CAR-T, which have resulted in robust and durable treatment responses, are often difficult and expensive to manufacture. Aptevo is hopeful that bispecific technologies like its ADAPTIR™ platform will offer a simpler, more cost-effective solution.

There is also the potential that ADAPTIR™ will offer benefits over other bispecific treatments, partly because of the flexibility and modular nature of the technology. It also has the advantage of generating highly differentiated bispecific antibodies for the treatment of a wide range of cancers.

Leukemia occurs when white blood cells in the bone marrow grow out of control and spread throughout the bloodstream. A patient’s chances of surviving AML is highly dependent on the patient’s age. As of January 2020, the 5-year survival rate for people 20-years-of age and older was 25%, compared to 67% for patients 19 and under.

APVO436 received orphan drug designation from the FDA in December, 2019 for the treatment of AML.