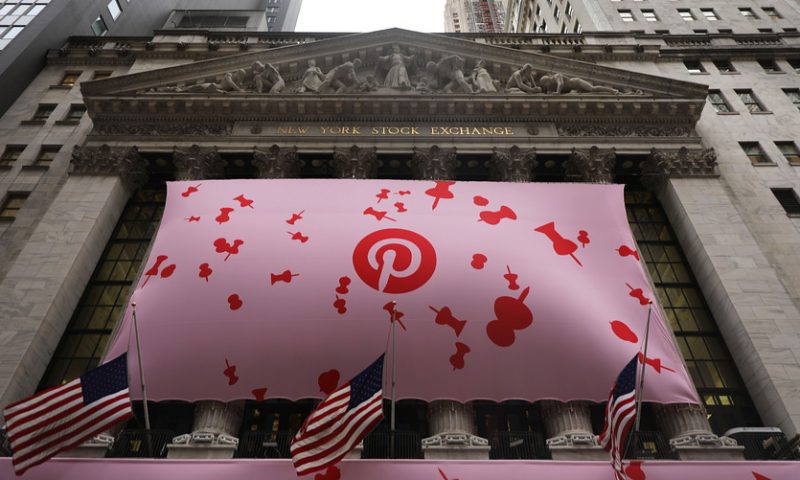 U.S. stocks closed higher Thursday, with the Dow up more than 100 points, as investors continued to analyze the flow of corporate earnings and a series of conflicting economic reports, but sentiment was buoyed by strong market debuts from Pinterest Inc. and Zoom Video Communications Inc.

How did the indexes fare?

Stocks finished out the week on a generally positive note. The S&P 500 shed about 0.1% but the Dow climbed 0.6% and the Nasdaq gained 0.2%. Markets will be closed for the Good Friday.

Investors were deluged with a series of earnings reports and data that sent inconsistent messages about the health of the U.S. and global economies.

The first-quarter earnings outlook has improved somewhat, according to CFRA, which said consensus estimates now call for a 2.3% fall in first-quarter operating earnings a share. That is up from the call for a 3% drop ahead of the kickoff of earnings season, but down from the 4.5% increase projected at the end of last year. Meanwhile, second-quarter earnings are now forecast to eke out a 0.3% advance, CFRA said, which would avert an earnings recession—commonly defined as consecutive quarters of falling profit.

Retail sales data showed a rise of 1.6% in March, beating consensus estimates. The increase was driven by a 3.5% rise in auto sales, but even with autos and gas stripped out, sales rose by 0.9%, after February’s 0.4% decline.

IHS Markit said its U.S. composite PMI—a survey-based measure of activity in the manufacturing and services sectors—fell to 52.9 in April from 55.3 in March, a 31-month low.

New applications for unemployment benefits fell for the fifth week in a row to a near 50-year low of 192,000, below economists expectations of 204,000, per a MarketWatch poll.

U.S. business inventories rose 0.3% in February, according to the Commerce Department. The ratio of inventories to sales remained unchanged at 1.39, indicating the number of months it would take to sell inventory on hand.

The Conference Board’s Index of Leading Economic Indicators rose 0.4% in March, indicating a slight uptick in U.S. economic activity from a weak start to 2019.

The market took the public release of Special Counsel Robert Mueller’s report on his investigation into Russian election interference in stride. However, some analysts see scope for a negative reaction if the report ultimately appears to be less exculpatory of President Donald Trump and his campaign than characterized by Attorney General William Barr.

“A lot of good news has already been priced in to the market, and investors are still in search of the next catalyst to drive stocks higher,” said Michael Arone, chief investment strategist at State Street Global Advisors. “Investors are still fearful of a global economic slowdown,” and want to see a rebound in Europe and more confirmation that China’s economy has bottomed, before markets can take the next leg higher, he added.

“There has been a lot of turbulence in retail recently so it’s good to see [retail sales data] blow it out of water, and we can likely thank the tight labor market boosting consumer spending,” said Mike Loewengart, v.p. of investment strategy at E-Trade Financial Corp., in an email. “The recent uptick in wages and the possibility that we’re in a sweet spot with inflation could also continue to drive momentum,” he added.

Pinterest PINS, +28.42%  soared 29% on its debut in the market after pricing its initial public offering higher than expected, raising more than $1.4 billion and valuing the company at more than $12 billion.

Zoom Video Communications ZM, +72.22% which reportedly priced its IPO above its stated range as well, surged 72%.

Travelers Cos. TRV, +2.25%  shares gained 2.3% after the insurer beat estimates for first-quarter sales and earnings, while raising its quarterly dividend.

Shares of American Express Co. AXP, +1.71% rose 1.7% after the global payments and credit card company reported a first-quarter adjusted profit that topped expectations, but revenue that came up shy.

Shares of Alcoa Corp. AA, -3.82% fell 3.8% after the alumina and aluminum producer late Wednesday reported a wider-than-expected loss for the first quarter, while also falling short of sales expectations.

Housing starts lurch to a near 2-year low