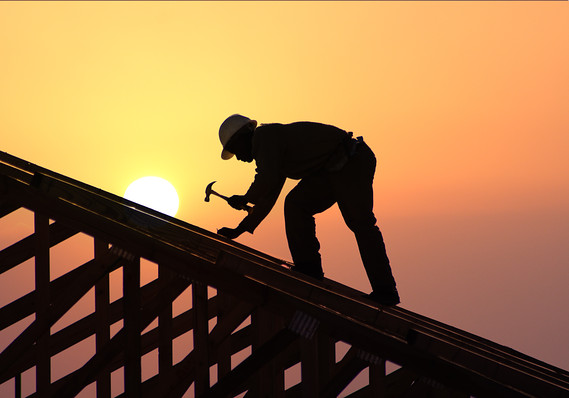 The numbers: Housing starts were at a 1.14 million seasonally adjusted annual rate in March, the Commerce Department said Friday, 0.3% lower compared to February.

It missed the MarketWatch consensus of a 1.225 million seasonally adjusted annual rate and was the lowest since May 2017.

What happened: Builders broke ground on about the same number of homes in March as in February, but the pace of construction is running well below last year’s. The March tally was a whopping 14.2% lower than a year ago.

Revisions to prior months were roughly flat.

The government’s data on new home construction are notoriously unreliable, making it hard to rely on any one report for a big-picture view. Still, for the year to date, starts are down 9.7% compared to the same period last year.

Big picture: New construction has been anything but a shot in the arm for a supply-starved housing market. Homebuilders are wary of overbuilding, like in the last cycle, and also constrained by more difficult conditions. Labor is hard to find, and policies, like trade war tariffs, are making materials more costly. It’s always been more challenging to build homes for the lower end of the market, and even more so now.

Some economists have hoped that by keeping demand so sturdy for so long, the current business cycle won’t be cut off prematurely. But it’s also possible that would-be buyers will grow discouraged.

Single-family starts, a metric that many analysts use for gauging industry confidence in the economy and financial markets, were basically flat compared to February, at a 785,000 seasonally adjusted annual pace.

Analysts at Credit Suisse released a report on homebuilding Thursday, noting that new contracts were 7% lower compared to a year ago in March and buyer traffic was down 17%. “We note March’s slowdown is partially attributable to inclement weather including atypical rainfall, snow and cold, which affected the majority of the country for half of the month,” the team wrote. “As such, we remain cautiously optimistic on the strength of the overall selling season.”

The housing cycle may not be coming to an end, but slower growth is showing up in other ways. On Thursday, the Joint Center for Housing Studies of Harvard University said it expects homeowner remodeling expenditures will grow 2.6% annually in the first quarter of next year, a sharp deceleration from the roughly 7% year-on-year gains seen now.

Market reaction: Investors seem to see a brighter future for homebuilders, however. The shares of big publicly-traded companies like LGI Homes, Inc.LGIH, +1.95%   have gained 50% in the year to date.