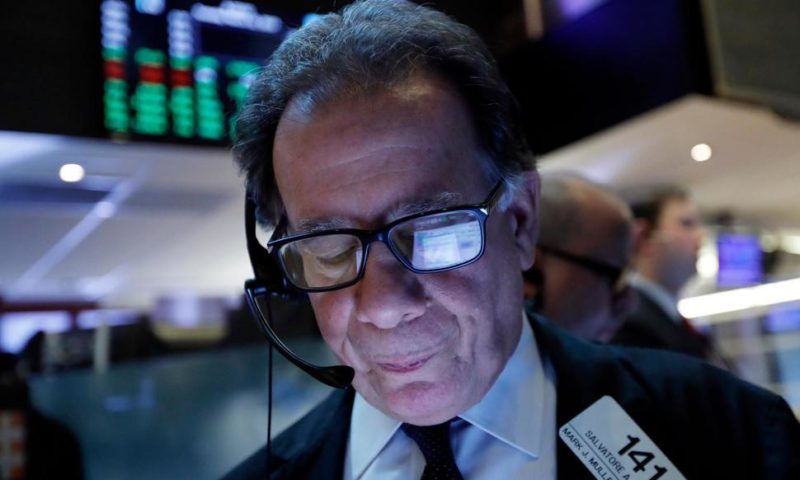 Apple and chipmakers led the wave of buying, helping to drive the technology sector to an overall gain of 2.5 percent. The sector is up 21.1 percent this year so far, well ahead of the S&P 500’s 10 other sectors.

The latest gains erased the market’s modest losses from a day earlier, when the Federal Reserve said it expected the U.S. economy to slow down and that it no longer expected to raise interest rates this year.

While investors appeared to be circumspect about the central bank’s economic outlook, any concerns seemed to take a backseat Thursday to the likelihood that the Fed will hold off on raising interest rates.

“Overall, stocks are rallying because interest rates have gone down and we know that the Fed is going to continue to be the market’s friend,” said Karyn Cavanaugh, senior markets strategist at Voya Investment Management. “There’s absolutely no reason not to be in stocks when you have an incredibly dovish Fed that is going to support asset prices.”

Despite a couple of downbeat days, the S&P 500 is closing in on its second straight weekly gain. The benchmark index is up 13.9 percent so far in 2019. That’s better than the full-year gains for the benchmark index in four of the past five years.

Apple climbed 3.7 percent after analysts at Needham & Co. upgraded the technology giant’s stock to a strong “Buy,” saying the company’s new services initiatives could attract new users. The company has made several product announcements this week and has an event scheduled next Monday where presumably more announcements will be made.

Chipmakers gained after Micron Technology issued a strong outlook for the year. The company jumped 9.6 percent after the its forecasts for the fourth quarter topped Wall Street’s estimates and said it expects the memory chip market to recover in the second half of the year.

Olive Garden owner Darden Restaurants gained 6.9 percent after it reported earnings that were far better than analysts were expecting. Darden also raised its own profit forecast for the year.

Conagra Brands vaulted 12.8 percent after the packaged food company beat third-quarter profit forecasts on higher prices for some of its products.

Levi Strauss soared after its IPO hit the market for the second time the brand’s 166-year history. The company previously went public in 1971, but the namesake founder’s descendants took it private again in 1985.

The stock jumped 31.8 percent Thursday from its offering price of $17.

The strong demand for shares in Levi, which owns the Dockers and Denizen brands, is a good sign for other companies eyeing an IPO this year, said Erik Davidson, chief investment officer at Wells Fargo Private Bank.

“It does bode well, particularly since it’s an IPO for a non-tech firm, it probably speaks well of the overall market conditions and investor sentiment,” he said.

Traders were not as keen on rival clothing brand Guess. The company gave a disappointing fourth-quarter report and forecast, which sent its shares 12.5 percent lower.

Drugmaker Biogen also slumped on news that the company stopped a trial for an Alzheimer’s drug. The biotechnology giant and its partner determined that the drug would likely be ineffective.

The company’s shares plunged 29.2 percent as it lost more than $17 billion in market value.

“Financials are lagging because interest rates are down, so the yield curve is not their friend right now,” Cavanaugh said.

Banks slumped Wednesday after the Fed’s outlook for interest rates this year triggered one of the biggest slides for Treasury yields in months.

Bond prices held steady Thursday. The yield on the 10-year Treasury note was unchanged at 2.53 percent.