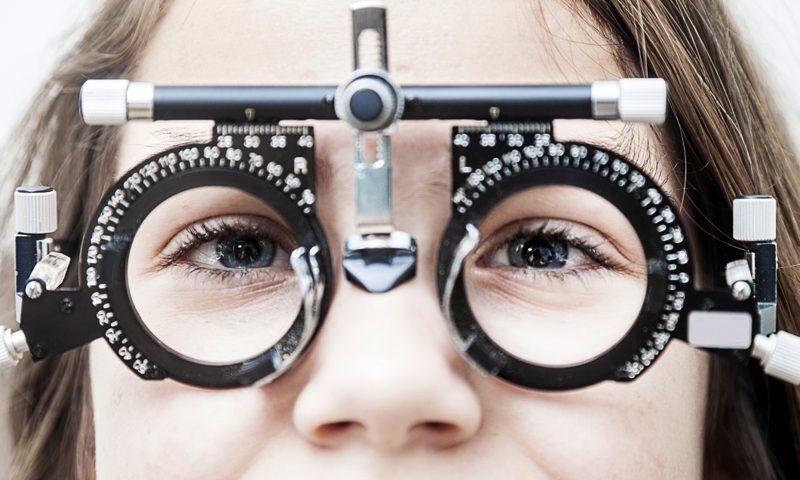 SightGlass Vision received a CE mark allowing its first suite of lenses—for eyeglasses specially designed to slow the progression of nearsightedness in children—to be sold throughout Europe.

While still clear, the lenses work by dampening the amount of visual contrast seen around the periphery of the wearer’s visual field while still allowing the eye to focus on objects ahead.

By diffusing extra, high-contrast information—black text on a white page, for example, as opposed to a low-contrast image such as a wide landscape—the company aims to lessen the amounts of eye strain that could drive a child’s myopia to become worse as they grow.

Nearsightedness occurs when the light entering the eye does not perfectly focus on the surface of the retina, instead coming to a point just ahead of it and blurring the image. This can be caused by elongation of the eye itself or the curvature of the cornea.

In an ongoing clinical study of children ages six to 10, SightGlass’ lenses showed reductions in the progression of myopia, including through measurements of the eyes’ size as well as in vision tests.

The first preliminary results, delivered one year into the three-year study, were announced by the company in April. Previous studies showed the contrast-diffusing glasses were well-tolerated and did not negatively impact visual acuity.

“We look forward to bringing to market a powerful and unique mechanism of action that we are confident will benefit children in the EU and other CE Mark geographies who live with myopia and are at risk from its vision-threatening complications,” said SightGlass’ founder and CEO, Thomas Chalberg.

The company estimates that about 5 billion people will be nearsighted by 2050, with untreated severe cases potentially leading to cataracts, retinal detachment and other complications.