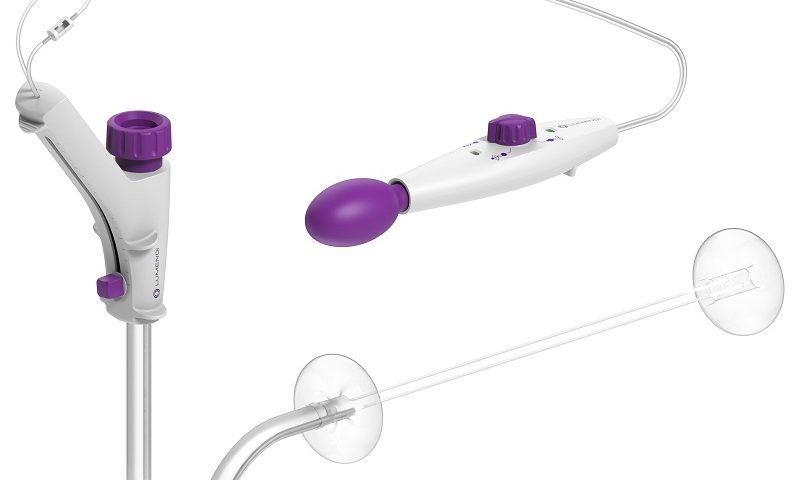 The minimally invasive device developer Lumendi reported that its system was used to perform its first fully incisionless appendectomy—with the patient being able to return to work the next morning.

A finicky appendix is typically removed through open surgery or a laparoscopic procedure, involving one or more punctures through the skin or the abdominal wall. Other methods include accessing the small organ through cuts in the interior gastric or vaginal walls.

Instead, Lumendi’s disposable DiLumen system attaches to a traditional, standard endoscope and helps stabilize the device’s movements and the surrounding organ, allowing the procedure to be performed completely within the intestine.

Consisting of a soft, flexible sheath that covers the endoscope, the system deploys two inflated balloons to help hold the intestine in place, giving clinicians more control. Surgeons at Baltimore’s Mercy Medical Center used the device to remove a lesion found at the appendix’s opening.

The patient reported no pain following the procedure, was discharged home directly from the unit, and was able to quickly resume regular physical activity, according to Lumendi.

Sergey Kantsevoy, director of Mercy Medical’s Center for Therapeutic Endoscopy, and who performed the procedure, said that “the stability and dynamic traction provided by [the double-balloon platform] makes purely endoscopic endolumenal appendectomy technically feasible. It also eliminates the need for incisions or punctures of the abdominal wall, lessening the risk of post-surgical incisional hernias and intraperitoneal adhesions.”

According to Lumendi, the DiLumen system has been used in more than 1,300 procedures in Europe and the U.S., where it received an FDA clearance in December 2016 and being developed in collaboration with Cornell University, Weill Cornell Medicine and New York Presbyterian.

Now, the company is focused on expanding the scope of its products beyond its use against complex polyps, pre-cancerous lesions and non-invasive early cancers of the lower gastrointestinal tract, according to Lumendi’s chairman and CEO, Peter Johann.