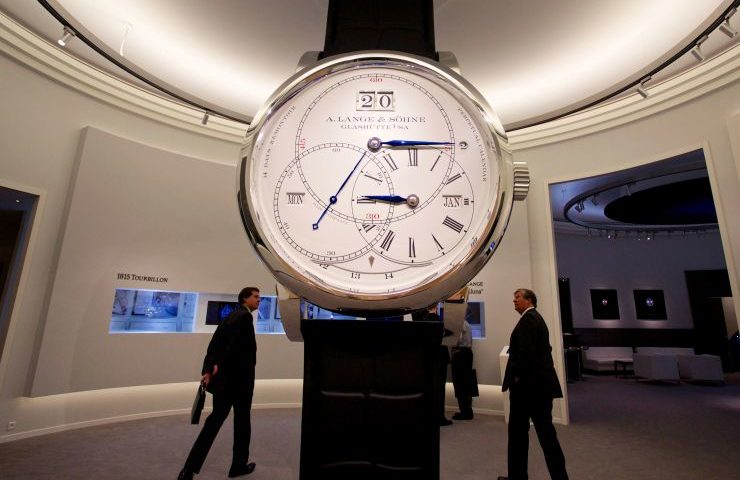 Spending on watches, jewelry, boats and other luxury goods could tumble because of the recent stock market jitters, according an analysis from Goldman Sachs.

Declines in stock prices since their peak last September could reduce luxury spending by wealthy spenders and shave a half a percent from the gross domestic product in 2019, according to a paper by Goldman Sachs economist Daan Struyven.

Struyven said that the so-called wealth effect — the theory that personal spending follows stocks — has become stronger in recent years as equity holdings have tripled as a share of disposable income.

The impacts of wealth effects are especially strong on the luxury sector, he said, because the wealthy own most of the stocks and “we find evidence that spending on luxury goods largely purchased by wealthy households is highly sensitive to stock prices.”

Investors seem to have already priced in the wealth effect on certain luxury stocks. Tiffany shares are down 40 percent from their peak last year, and Richemont — which owns Cartier and Van Cleef & Arpels, along with watchmakers Piaget and IWC — has seen its shares drop by a third.

Many economists in recent years have argued that the strength of the wealth effect is declining, since stocks are now more concentrated in the hands of the wealthy. The top 1 percent now own 50 percent of total household equities, up from 39 percent in the late 1980s, according to Struyven. Because the wealthy are more likely to save or invest their added stock market wealth rather than spend it, economists say changes in stock wealth have less impact on spending.

But Struyven said that because stocks have tripled as a share of disposable income since the 1980s, “a 1 percent move in stock prices now has a much larger impact on wealth levels for most groups.”