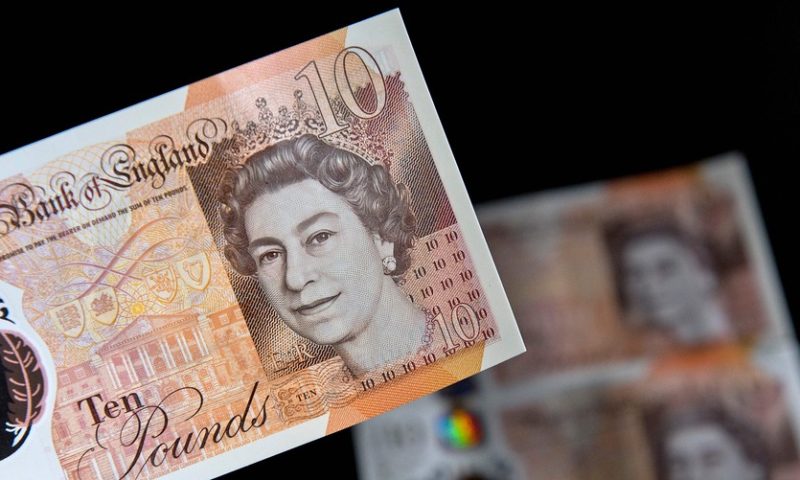 How, when and if Brexit will get done is still uncertain. Yet, the British pound rallied on Thursday. It would appear, in the absence of any fresh catalysts, the path of least resistance is higher for sterling.

The rally was aided, perhaps, by the market sentiment that a hard no-deal Brexit, in which the U.K. would crash out of the European Union without a plan in place, is becoming less likely, as the clock to the designated exit date on March 29 runs down, market participants said.

“The margin of defeat of May’s deal was so large that the sentiment was the roadmap will lead to a softer or no Brexit,” said Mazen Issa, senior FX strategist at TD Securities. “But the risk-reward in spot trading is atrocious right now.”

“On balance, we think the pound is still a buy, albeit a risky one, as the odds remain against a ‘no-deal’ Brexit,” wrote Oxford Economics’s analysts led by Gabriel Sterne. “The pound effective rate is materially below valuation anchors pointing to a sizeable upside risk-reward in the event of some kind of deal that ensures continuity beyond March 29.”

Betting platforms, such as Betfair, also put the odds of no Brexit at all at 2:1.

It has been a volatile week for the pound and for Britain alike. On Tuesday, when Parliament voted on Prime Minister Theresa May’s Brexit deal — and lost by a wide margin — sterling swung nearly 2% over the course of the day. Even though May’s deal was rejected by lawmakers, the market stance of a diminishing hard Brexit risk led the pound to appreciate later in the trading day.

On Wednesday, when May’s government faced and narrowly won a vote of no-confidence brought by opposition and Labor Party leader Jeremy Corbyn, sterling was trading in a relatively tight range.

After all this, and with all Brexit options — deal, no-deal, second referendum, no exit — still in principle on the table (although May’s government refuses to take a no-deal outcome off the table and published a paper saying a second referendum would take a year to prepare), there is a paucity of news for pound traders to base bets on.

The next opportunity for news may come soon, however.

May is meeting party leaders to hammer out an alternative deal until Monday, Jan 21. This new deal will be discussed and voted on in the following week, on Jan. 29.

Sales of luxury jewelry, watches and boats at risk as stock market swoons