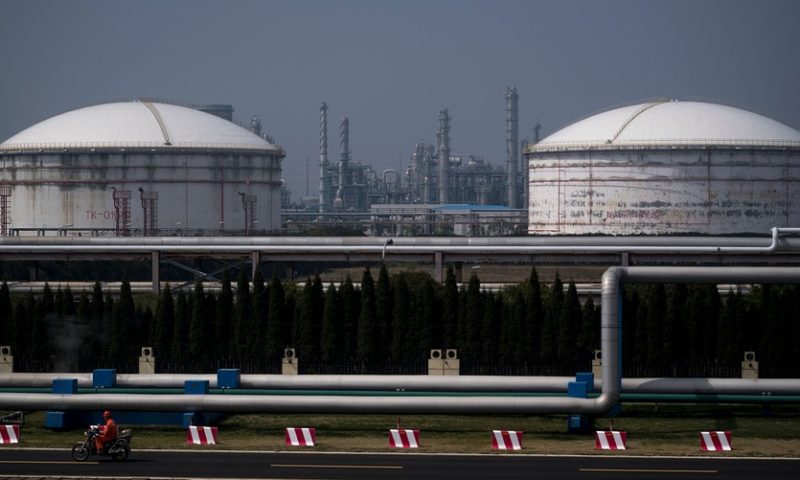 Oil futures moved higher on Friday, after a report that the U.S. could be ready to ease tariffs on China inspired investors to pick up perceived riskier assets such as commodities.

For the week as of Thursday, WTI and Brent crude are each looking at gains of over 2%.

Oil slipped Thursday, pressured from recent data showing a climb in weekly U.S. oil production. But crude spiked higher in electronic trade Thursday after The Wall Street Journal reported that U.S. officials were debating a possible ease in tariffs on Chinese imports, to give Beijing incentive to make deeper concessions over the trade dispute.

Optimism lingered even though a Treasury spokesman told the WSJ that any bargaining positions remained “at the discussion stage.” The source also said that neither Treasury Secretary Steven Mnuchin nor U.S. Trade Representative Robert Lighthizer have made any specific trade-related recommendations and talks were still ongoing.

Uncertainty over whether the U.S. and China will make headway on a lingering trade dispute has at times served to weigh down investor sentiment. And it has raised questions about the health of China, one of the world’s biggest importers of crude. Investors will get an important update on Chinese growth with fourth-quarter gross domestic product data due out Monday.

On Wednesday, the Energy Information Administration reported a bigger-than-expected fall in crude inventories of 2.7 million barrels for the week ended Jan. 11, but gasoline stockpiles surged higher by 7.5 million barrels. Then on Thursday, a monthly report from the Organization of the Petroleum Exporting Countries said member oil production fell in December.

Meanwhile, Saudi Arabia, the de facto OPEC leader, slashed its production by more than expected, by 468,000 bpd to just over 10.5 million bpd, according to independent country data, reported by CNBC.

Sales of luxury jewelry, watches and boats at risk as stock market swoons