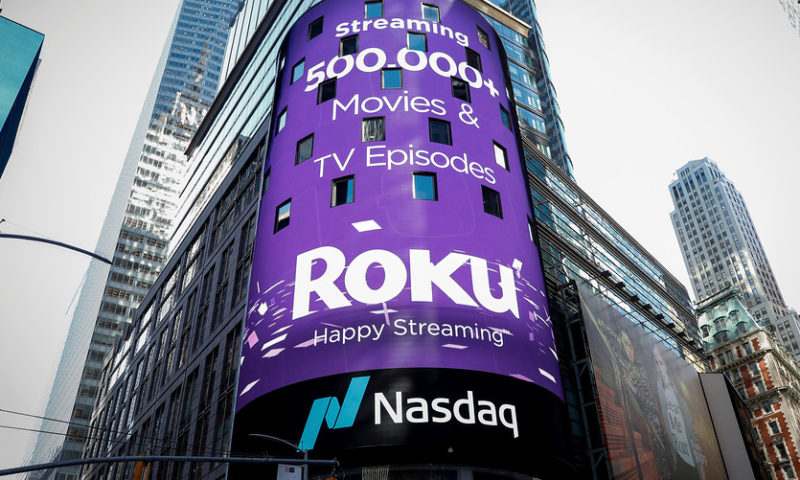 Wedbush downgraded the stock after earnings, but shares still on pace for gains of more than 20% Friday

An analyst downgrade couldn’t keep shares of Roku Inc. from soaring toward their second day of 20%-plus gains so far this year.

The streaming media company reported better-than-expected earnings and revenue on Thursday afternoon, while also delivering an upbeat forecast for the year ahead. Its stock is up 22% in Friday’s session and 105% so far in 2019.

Roku’s ROKU, +25.23% rally comes as the stock remains the largest short in the consumer-electronics universe but Friday’s rally wasn’t the result of a short squeeze, according to Ihor Dusaniwsky, managing director of predictive analytics for S3 Partners, a financial technology and analytics firm. Read more about short selling.

Dusaniwsky said that short sellers were down a total of $247 million in mark-to-market losses prior to Roku’s earnings report and are down roughly $78 million more following Friday’s market action.

At least five analysts hiked their price targets on Roku’s stock following the report, according to FactSet. One analyst, Michael Pachter of Wedbush, downgraded the shares to neutral from outperform, citing the company’s spending plans for the year ahead.

“While Roku’s international expansion potential is significant, we do not expect meaningful revenue contribution until 2020 at the earliest,” he wrote. “In the meantime, Roku is spending handsomely to expand its international presence.”

Pachter also highlighted the company’s investments in advertising and in content for the Roku Channel, its hub for ad-supported free programming as well as optional premium subscriptions to services like Starz.

Others were more upbeat. RBC Capital Markets analyst Mark Mahaney highlighted revenue acceleration in both the company’s platform and player segments, and was also impressed by the company’s ad-impression trajectory. The company’s monetized video ad impressions doubled in 2018, according to Roku’s release, and management expects another doubling for the current year.

Needham’s Laura Martin hiked her price target to $65 from $45, writing of several growth drivers in the year ahead. One involves changes to the content landscape for streaming providers, as Walt Disney Co. DIS, +0.84% and others look to pull content from Netflix Inc.’s NFLX, +1.69% service.

Netflix’s content “is getting fractured into individual direct-to-consumer channels by major media companies so the value to consumers of Roku as an over-the-top aggregator is growing,” she wrote. Martin also expects that companies like Disney and AT&T Inc. T, +1.04% which recently bought Time Warner, will invest in marketing campaigns meant to drive older viewers toward streaming offerings, which could prove beneficial to Roku.

She has a buy rating on the stock.