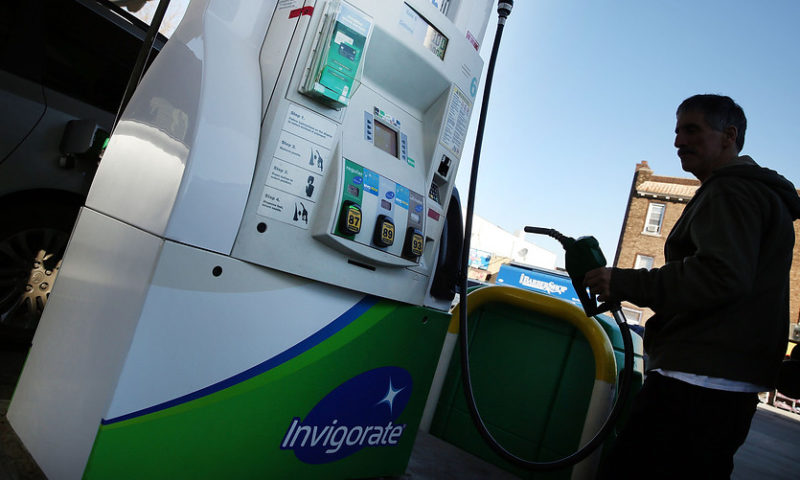 U.S. crude-oil futures on Friday posted their highest close in more than three months, as U.S. equities and other assets found traction against the backdrop of upbeat U.S.-China trade talks.

Oil finished lower Thursday after a U.S. government report revealed that domestic supplies climbed for a fifth straight week as production jumped to a record level, but ongoing evidence of declines in world-wide output capped price losses for the session.

Global benchmark April Brent LCOJ9, -0.24% added 5 cents, or less than 0.1%, to settle at $67.12 a barrel on ICE Futures Europe, also representing its highest finish since Nov. 12. The international benchmark gained 1.3% for the week, its second weekly gain in a row.

The U.S. Energy Information Administration on Thursday reported that domestic crude supplies rose a fifth straight week, up 3.7 million barrels for the week ended Feb. 15. That was a bit more than the 3.5 million-barrel rise expected by analysts polled by S&P Global Platts.

“Drilling activity has stabilized, which brings much-needed cooling to the recent shale boom frenzy. Yet U.S. oil production remains on track to reach 13 million barrels per day by the end of the year. Balancing the market, i.e. aligning the somewhat uncertain global demand growth and the somewhat erratic U.S. sanction policies towards Iran and Venezuela with the shale boom, rests on Saudi Arabia and its allies,” he said.

On Friday, weekly rig-count data from oil-field services firm Baker Hughes showed that rigs drilling for oil edged back by four to 853, with those drilling for gas unchanged at 194, keeping total rigs 1,047.

OPEC, including de facto leader Saudi Arabia, and 10 partner producers outside the cartel, led by Russia, agreed late last year to hold back crude output by a collective 1.2 million barrels a day for the first half of this year in an effort to rebalance an oversupplied market and boost prices. OPEC production has also been declining as a result of U.S. sanctions on the oil industries of cartel members Iran and Venezuela, both of which were exempted from the latest production-cut deal.

Petroleum products, meanwhile, recorded lower U.S. inventories in that Thursday report. Gasoline and distillate stockpiles each edged down by 1.5 million barrels last week, according to the EIA. The S&P Global Platts survey had shown expectations for supply declines of 1.1 million barrels for gasoline and 1.4 million for distillates.

The EIA also released data on natural gas Thursday, with supplies down 177 billion cubic feet for the week ended Feb. 15. That was larger the average forecast for a decline of 165 billion, according to a survey of analysts by S&P Global Platts.

Roku short sellers have been burned this year as stock doubled