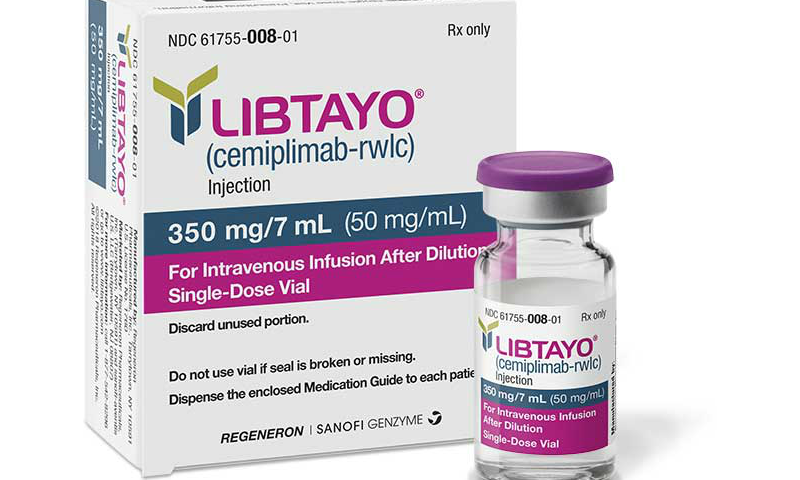 PD-1/L1 inhibitors, which work by enhancing the immune response to cancer, have helped patients fight several types of tumors. But many individuals either don’t respond to these checkpoint inhibitors, or they eventually develop resistance to them.

Scientists at Regeneron were looking for ways to improve responses to PD-1 inhibitors, so they turned to bispecific antibodies that bridge the immune system’s T cells and tumor cells by binding to molecules present on cell surfaces.

Based on the encouraging early results, Regeneron hopes to have three CD28 costimulatory bispecifics in clinical tests by the end of 2020: REGN5678, a PSMAxCD28 bispecific for prostate cancer; REGN7075, an EGFRxCD28 bispecific for various growth factor receptor-related tumors, including non-small cell lung cancer; and MUC16xCD28 candidate REGN5668 for ovarian cancer.

If they succeed, these bispecific antibodies could serve as “off the shelf” T-cell boosters, Regeneron said.

For T cells to be fully activated, two signals are needed. In signal 1, T-cell receptors recognize a cancer protein. This paves the way for signal 2, in which costimulatory receptors, most powerfully CD28, cluster at the interface of T cells and target cells to enhance the T-cell activation. But by binding to PD-1 receptors on the T cell, tumor cells can suppress signal 2 by influencing CD28.

In one mouse model of colorectal cancer, PSMAxCD28 or PD-1 blockade alone helped 15.6% and 12.1% animals survive, respectively, while the combination significantly improved survival to 70.8%. What’s more, the mice appeared to have generated long-term anti-tumor immunity, as the rodents were able to fight off a second tumor challenge without any additional combo therapy.

Similar effects were observed with a combination of an EGFRxCD28 bispecific and Libtayo in mice with human tumor implants. Both combinations also overcame resistance to PD-1 monotherapy.

Targeting CD28 to supercharge T cells has been explored as an anticancer strategy. However, those efforts were largely shelved after an anti-CD28 superagonist triggered a severe inflammatory reaction known as cytokine storm in healthy people who volunteered for a phase 1 trial.

Regeneron believes the animal studies prove that CD28 bispecifics have the potential to serve as a new, safer approach to enhance the therapeutic effects of immuno-oncology agents across various cancer types. First-in-human evidence is expected in 2021 from REGN5678, used in tandem with Libtayo, in patients with metastatic castration-resistant prostate cancer.