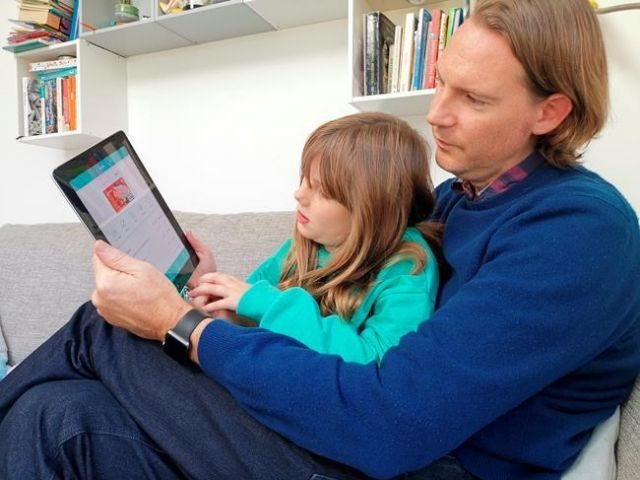 For kids growing up in today’s cashless society, the piggy bank is going virtual.

Father of two Roland Hall turned to a British startup’s digital pocket money app because his kids were still too young to get bank cards from traditional banks.

With prepaid debit cards linked to the app, Hall’s kids, aged 8 and 10, can spend their allowance and chore money by shopping online or by tapping at contactless payment terminals in stores. Sound like a recipe for splurging? Not so, he said.

“When kids have cash they want to spend it quickly. They want to go to the shops and spend it on rubbish,” said Hall, an IT project manager. But an app lets them check their balances online, “which actually makes them start thinking about saving rather than getting rid of the money,” said Hall, who also prefers giving digital allowances because he never carries cash.

The app, which is called gohenry and expanded to the U.S. in April, is part of a wave of digital money apps combined with prepaid cards for kids as young as six that parents have access to. They are powerful new money management and savings tools that replace old-fashioned piggy banks and account passbooks. Some say they can help enhance financial literacy even as the growth of cashless payments upends traditional notions of money.

Globally, the number of non-cash transactions rose 11.2 per cent to 433 billion in 2015 from the year before and is forecast to nearly double by 2020, according to the World Payments Report by financial services firms Capgemini and BNP Paribas. Britain, Canada and Sweden are among the world’s most cashless countries, according to a 2017 ranking by currency website ForexBonuses, with widespread use of “contactless” bank cards that let shoppers merely tap on payment terminals for small transactions.

In the U.S., the fragmented banking sector means most cards still need to be swiped and, sometimes, require a pin number. Merchants in big U.S. cities are increasingly going cashless because they can gather more customer data, which makes it harder for teens without bank cards, said Stuart Sopp, CEO of Current, a two-year-old U.S. fintech startup.

“Parents are willing to pay to solve a problem that banks are not solving” – helping youngsters deal with digital money, said Sopp.