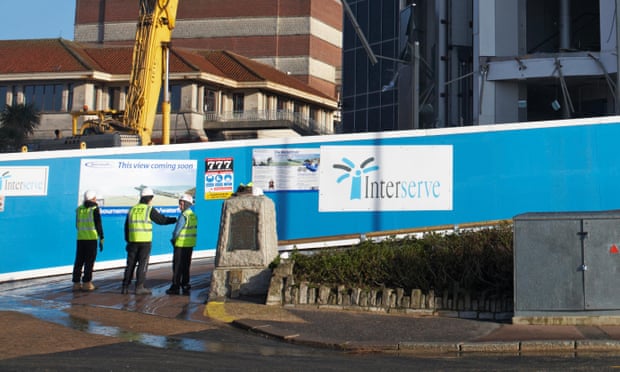 The share price of Interserve has plunged to its lowest point in more than 30 years, as concerns mounted over its finances.

The Reading-based construction company’s shares closed down by more than 10% on Monday to 39p, as investors digested an update from Renewi. Last week, the waste-to-product manufacturer said Interserve had missed a deadline on a joint venture in Derby that aims to produce energy from waste.

Renewi, in its half-year report, said there had been “significant progress” on the Derby plant, but added that Interserve had not completed construction work by the end of September.

Interserve had planned for the facility to be fully operational by spring this year. Investors now fear it may be forced to set aside more cash in compensation, even though the company had said it was confident the delay would not be meaningful financially. Some City analysts fear Interserve will have to issue new shares to raise money.

The company, which also carries out cleaning services for schools, hospitals and government departments across the UK, agreed a £300m rescue plan in March, at a time of pressure on the outsourcing and construction sector that prompted the collapse of Carillion at the start of the year.

Interserve has also attracted significant interest from short sellers betting its share price would fall. BrightSphere Investment raised its short position to 2.5% of outstanding shares in Interserve at the start of November, according to data reported to the Financial Conduct Authority.

Interserve tried to downplay the delay at the Derby plant, where testing has been continuing since July 2017.

“We continue to make progress on the Derby energy from waste project and can confirm that the construction completion certificate has been achieved. The plant is operational and already receiving waste, and we continue to commission the plant in readiness for handover,” a spokesperson said.

The Derby facility has been hoping to divert up to 98% of the waste not recycled by residents from landfill into productive uses, while generating enough electricity to power as many as 14,000 homes. However, it has been plagued by delays.

Shares in Interserve are now worth about £60m, down by more than 90% in five years.