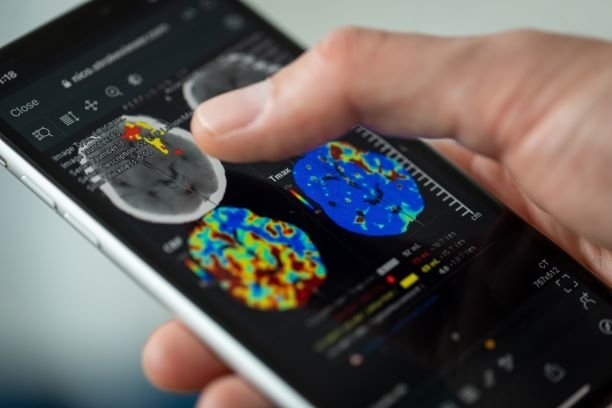 With an estimated 1 in 4 people over the age of 25 expected to have a stroke at some point in their lives, it makes sense that Philips is now devoting much of its attention to kicking its own care offerings into high gear.

First up on the agenda is a test of a new strategy aiming to cut out the many middlemen that crop up between stroke onset and treatment.

Typically, patients suspected of experiencing a stroke arrive in a hospital’s emergency department or stroke unit to undergo CT or MRI scans, and receive a blood thinner before being transferred to the neuroangiography suite—a transfer that sometimes requires yet another ambulance ride—where an X-ray-equipped catheter is inserted into their veins to help surgeons make a more definitive diagnosis of stroke and begin to treat the condition.

But Philips’ “Direct to Angio Suite” workflow, as the name would suggest, sends stroke patients directly to the neuroangiography department for immediate diagnosis and treatment.

That method will be tested in a new randomized, multicenter study that will examine whether stroke patients see better improvements after being transported immediately to a facility’s specialists and undergoing an advanced brain scan developed by Philips.

The company’s cone-beam CT imaging technology uses algorithms and filters to generate a high-quality image of the brain, free from motion-induced blurriness and accidental refractions off bones or metal objects. The new tech is integrated into its Azurion platform for image-guided therapy, which includes the recently FDA-cleared SmartCT solution for 3D imaging, visualization and measurement.

The first patient has already been enrolled in the trial, with investigators aiming to recruit at least 560 more patients from around the world to join the study at one of 15 participating stroke centers. It is expected to be completed by 2023.

“After suffering a stroke, fast time to treatment is paramount to giving patients the best possible outcomes. What we will learn about improving time to treatment in the WE-TRUST trial has the potential to significantly improve how acute stroke patients are diagnosed and treated,” said Raul Nogueira, the trial’s principal investigator.

“With the help of an advanced brain scan technology in the angio suite, for example, we intend to eliminate the need for conventional CT or MRI scans for stroke triage in select patients to save valuable time,” Nogueira added.

Philips will further expand its offerings for stroke diagnosis and treatment through a new partnership with Nico.Lab, which will make the latter’s StrokeViewer technology available to Philips’ hospital and stroke center customers.

The cloud-based StrokeViewer program uses artificial intelligence to analyze CT scans to both identify instances of large vessel occlusion and pinpoint their exact locations in the brain.

Once signs of a stroke have been detected, the system automatically issues an alert to physicians at primary stroke centers and intervention centers to ensure rapid triage of stroke patients. It also sends the radiologists and neurologists its AI analysis of the imaging data—which can be accessed on a tablet or mobile device—to help them treat each patient more accurately.