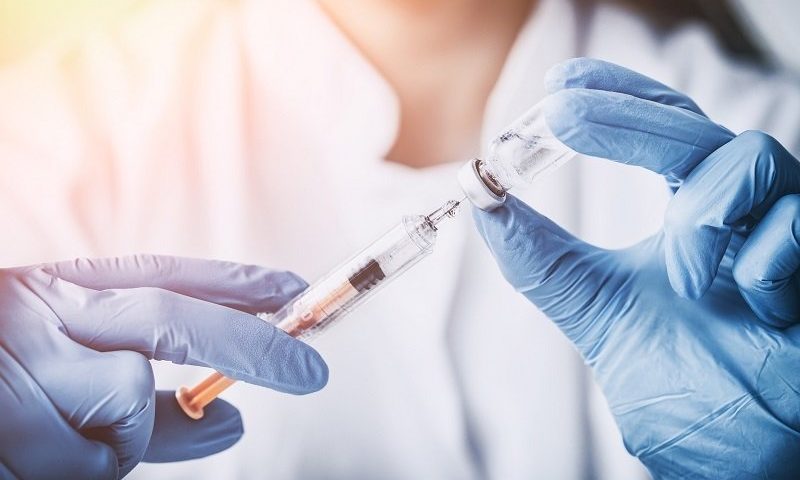 Now that mRNA technology has the FDA’s backing, Moderna has moved on to its next act, a vaccine to improve upon the annual flu shot, as plenty of Big Pharma giants breathe down the biotech’s neck.

The Cambridge, Massachusetts-based company, made famous by the success of its COVID-19 vaccine, has dosed the first patient in a phase 1/2 clinical trial for a new seasonal influenza vaccine.

Moderna is developing mRNA-1010 to protect against common flu strains as recommended by the World Health Organization. The company is hoping to improve on traditional flu shots which are typically about 40% to 60% effective. Most of these shots are developed using eggs, which Moderna said can cause unintended changes to the vaccine virus. The strains to be used in the vaccines are also decided six to nine months ahead of time, meaning a lot of guesswork as to which strain might be dominant during flu season.

The clinical trial for mRNA-1010 will ultimately enroll 180 healthy adults to test the vaccine’s safety, how patients react and how well it works.

Moderna enters the clinic surrounded by giants on all sides—from Sanofi to Pfizer to GlaxoSmithKline—who believe with the success of the COVID-19 vaccines, that mRNA is a new frontier for vaccine development.

Working with Translate Bio, Sanofi claimed to have commenced the first human trial of a seasonal mRNA flu vaccine candidate in June, beating Moderna and other rivals to the clinic.

The technology works by teaching a patient’s cells to make a protein that can trigger an immune response in the body and spur the creation of antibodies and therefore protection against a virus. While the authorization of the COVID-19 vaccines marked the first time mRNA had been cleared by regulators, the technology has been studied for decades.

Moderna has used mRNA vaccines in trials before, though aimed at specific flu strains: Back in 2019, it dropped early data from several phase 1 tests showing its mRNA vaccines against H10N8 and H7N9 influenza viruses “were well-tolerated and elicited robust immune responses.”

This latest attempt is aiming wider using a seasonal approach that targets multiple strains, including influenza A H1N1, H3N2 and influenza B Yamagata and Victoria.

Pfizer, which developed an mRNA COVID-19 vaccine that beat Moderna to the U.S. market last year, sees mRNA becoming a large part of the pharmaceutical giant’s future. The company thinks the 95% efficacy seen with the COVID-19 vaccine could translate into a major improvement for the yearly flu shot.

Sanofi last month announced plans to throw $476 million a year to a dedicated vaccines mRNA Center of Excellence in an effort to become a leader in developing mRNA vaccines against a wide range of infectious diseases.

And then there’s GSK, which is working with CureVac on five clinical-phase mRNA-based vaccines through a $294 million deal.

In addition to the flu, Moderna is developing vaccines for HIV, respiratory syncytial virus and others.

The biotech is also looking at combining some vaccines into one single shot. Other companies have beaten them to the punch there, too, such as Novavax, which is already testing a COVID-flu vaccine in animals.

“Respiratory combination vaccines are an important pillar of our overall mRNA vaccine strategy,” said Moderna CEO Stéphane Bancel in a statement. “Our vision is to develop an mRNA combination vaccine so that people can get one shot each fall for high efficacy protection against the most problematic respiratory viruses.”

Surmodics gets the blood flowing with $40M thrombectomy acquisition deal