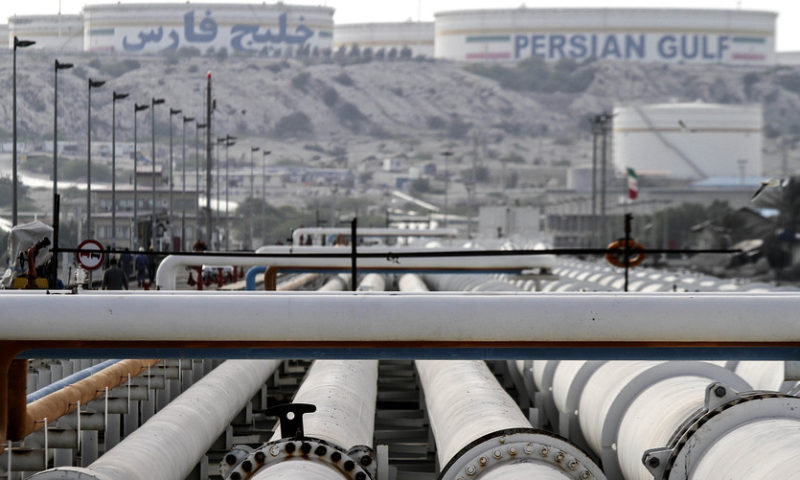 Oil prices rose Wednesday, a snap back from the deep losses of recent sessions, as traders looked ahead to meetings between OPEC and its allies over the weekend that could result in supply cuts.

Oil traders were looking on with interest at the midterm election outcome. A split in Washington may force the Trump administration to soften its hard-line stance on countries like Iran, some analysts say, while others noted that the Democratic control of the House may crank up the pressure on regulations that limit U.S. shale production.

West Texas Intermediate crude for December CLZ8, +0.56% rose 68 cents, or 1.1%, to $62.89 a barrel on the New York Mercantile Exchange. The contract settled at $62.21 a barrel Tuesday, its lowest settlement since early April, according to data compiled by Dow Jones Market Data.

Both contracts have generally traded in the red following a sharp October selloff that pushed both the global and U.S. benchmarks into correction territory. The losses came even as the Trump administration granted waivers to allow eight nations to continue buying Iranian crude despite U.S.-driven economic sanctions against the Islamic Republic.

Investors are looking ahead to the possibility that Saudi Arabia—the de facto head of the Organization of the Petroleum Exporting Countries—could call for renewed supply cuts when the cartel and its allies convene in Abu Dhabi on Sunday, a move that officials in Riyadh have hinted at. OPEC and 10 producers outside the cartel, led by Russia, agreed in late June to begin ramping up crude production after more than a year of holding back output.

As for other supply factors, in a monthly report issued Tuesday, the Energy Information Administration raised its forecasts on U.S. crude-oil production. It expects 2019 U.S. crude output of 12.06 million barrels a day, up 2.6% from its previous forecast.

December natural gas NGZ18, -0.87% traded at $3.548 per million British thermal units, down 0.2%. The contract has been choppy since it settled Monday at $3.567—the highest finish for a front-month contract since late January.

What the midterm election outcome may mean for markets