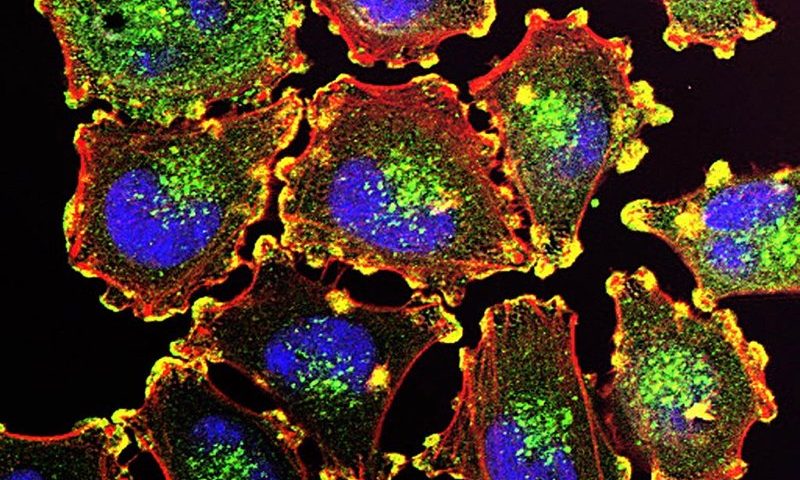 The lymph nodes are an important gateway in the formation of metastatic cancer, as they take in cancer cells and then spew them out into the body, where they can form new tumors in distant tissues. Now, scientists led by the Dartmouth-Hitchcock Medical Center have discovered T cells in the lymph nodes that have the power to kill melanoma cells before they can spread—a potential new target for therapeutic development.

Unlike typical T cells that travel freely throughout the body, the cells the Dartmouth team discovered stay in the lymph nodes and kill melanoma cells. The researchers described these “lymph node resident memory T cells” in the journal Immunity.

The team treated mouse models of melanoma with immunotherapy, then injected resident memory T cells into them a month later. The melanoma did not return, they reported.

They went on to analyze the gene signatures of T cells in melanoma samples from the Cancer Genome Atlas. The presence of resident memory T cells correlated with positive patient outcomes and longer survival in melanoma patients with lymph node metastases, the researchers reported.

The lymph nodes are known to house T cells that stay put, but those cells typically aren’t associated with cancer protection. The researchers used advanced genetic sequencing techniques to determine that the primary job of the T cells they identified is to fend off cancer in the lymph nodes.

“We found that these cells have a unique gene expression profile that differentiates them from cells in circulation, and from memory T cells that reside in and protect other tissues such as the skin,” said co-author Chao Cheng, Ph.D., a computational biologist at Baylor College of Medicine, which also contributed to the research, in a statement.

Immunotherapy has been game-changing in the treatment of melanoma, but not all patients respond well to it, inspiring many research teams to uncover mechanisms of resistance. In July, for example, a German research team described a potential method for stimulating a viral RNA-sensing protein that prepares melanoma cells for death.

And mRNA COVID-19 vaccine developer BioNTech is working on a cancer treatment that codes for four immune-boosting cytokines. The company reported last week that the treatment worked well in mouse models of melanoma and colon cancer and that it performed even better when combined with drugs that inhibit immune checkpoints.

The next step for the Dartmouth-led research team is to study how the resident memory T cells they discovered are generated in lymph nodes and then activated. With that knowledge, it may be possible to position the cells in different tissues in the body to prevent metastasis, they suggested.