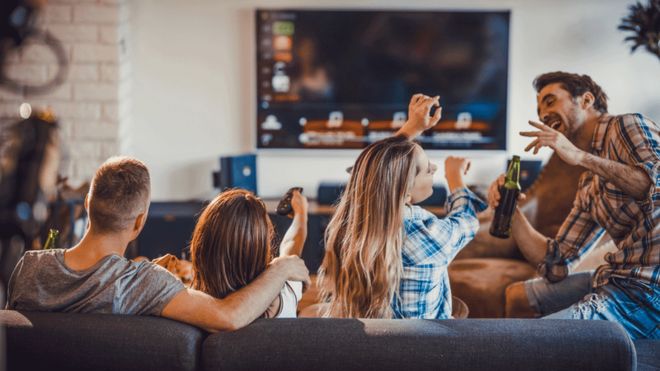 Video streaming service Netflix is the world’s most data-hungry application, consuming 15% of global net traffic, according to research from bandwidth management company Sandvine.

Video in general accounts for more than half of net traffic, it suggests.

The report also found that gaming and file-sharing are becoming a significant force in traffic volume.

Video accounts for 58% of the total volume of downstream traffic on the internet, followed by web browsing (17%), gaming (7.8%) and social media (5.1%), according to the report.

That is putting huge pressure on networks around the world and that pressure is likely to get worse, according to Sandvine’s Global Internet Phenomena Report.

“The numbers for video are going to get higher as more and more content goes high definition and users turn more to 4K,” said vice-president of marketing Cam Cullen.

During peak evening hours, when networks are under “the most stress”, Netflix can be accounting for 40% of all download traffic in the US, according to the report.

However, the encoding technology used by the video streaming service makes it the most efficient video provider on the net.

Meanwhile, file-sharing services account for almost 22% of upload traffic, rising to 31% in Europe and the Middle East.

“If people can’t get the content they want because they have to have multiple subscriptions or if it comes out a day later in their region and they don’t want to see spoilers online, they resort to piracy,” said Mr Cullen.

Gaming is also adding to the growing traffic jam online, with the rise of streaming via services such as Twitch and games being purchased via download rather than a physical disc.

For example, a downloaded copy of Call of Duty Black Ops uses up to 101GB of data, the equivalent of 14 hours of 4K video.

People are also playing games for longer as the rise of professional gaming leagues tempts gamers to perfect their skills,

“Some now see gaming as a craft, not just a hobby,” said Mr Cullen.

The report also found regional variations in the type of content preferred.

In the Asia-Pacific region, HTTP media streams (embedded video on websites) were most popular, followed by Facebook, with Netflix in third place.

While in Europe, the top spot went to YouTube, followed by Netflix, HTTP media streams and Amazon Prime.

In America, however, Amazon Prime was more popular than YouTube.

According to the research, most traffic on the internet is now encrypted.

While this is good news for consumers, because it means their data cannot be “read” by anyone gaining access to network traffic, it does not protect them from hacks or data breaches.

The data used for the report was compiled from more than 150 service providers around the world, representing 2.1 billion subscribers.

Diplomats thrown out in Ukraine-Hungary passport