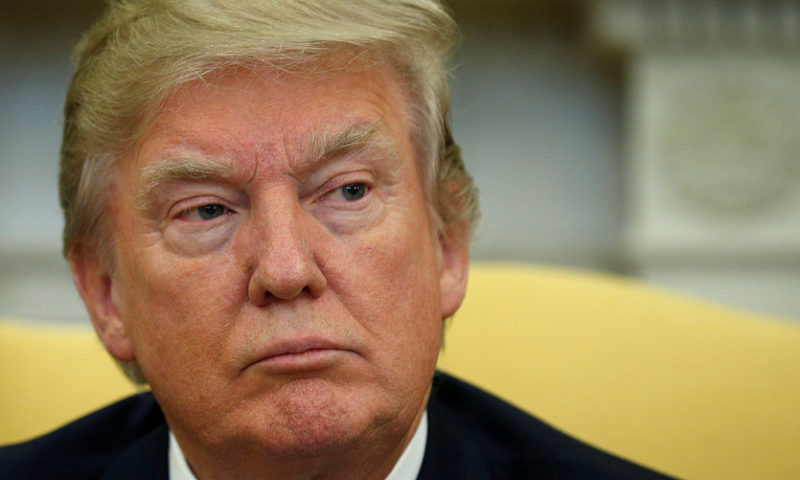 As the midterm elections approach, a new survey says a majority of Americans do not feel their financial situation has improved since Donald Trump was elected president in 2016.

Only 38% of Americans say their finances have improved since the 2016 election, according to a study released Thursday by personal-finance website Bankrate, while 17% say they have gotten worse, and 45% say they are about the same. This comes as the economy remains the key issue in the Nov. 6 midterm elections.

The U.S. economy has continued to improve since Trump was elected in 2016, but the economic improvements in recent years haven’t benefited everyone, according to Mark Hamrick, senior economic analyst at Bankrate.

“Ultimately, a rising economic tide lifts many boats. It does not lift all of them,” Hamrick said. “The economy is paying dividends for many Americans, but there are still many people and pockets of the U.S. economy that are hoping for those dividends to appear.”

Michael J. Boskin, a professor of economics at Stanford University, argues that Trump deserves some credit for economy’s strength. “Although President Donald Trump is prone to hyperbole, he is not wrong to tout the strength of the U.S. economy on his watch. But while Trump’s regulatory and tax policies have been good for growth, his efforts to attach his name to the economy all but ensure that he will bear the blame in the event of a downturn,” he wrote.

This uncertainty about the economy has rattled the stock market. The Dow Jones Industrial Average DJIA, -1.19% S&P 500 SPX, -1.73% and Nasdaq Composite Index COMP, -2.06% have had a rollercoaster few days as analysts and investors wonder whether the 9-year bull market, the longest since World War II, is finally coming to an end.

But that bull market hasn’t helped everyone. Just over half of people (54%) actually own stocks, which includes individual stocks, as well as employer-sponsored 401(k) plans, mutual funds or an IRA account. And two-thirds of Americans don’t have access to a 401(k) plan.

People also say they have trouble saving for a rainy day. A separate survey by personal-finance site WalletHub.com released this week found that nearly one quarter (23%) of people say a lack of emergency savings is the one financial issue that keeps them up at night. Some 22% who say they don’t have enough retirement savings, 20% fear they’ll be the victim of some kind of fraud, 19% worry about losing their job.

Meanwhile, the gap between the rich and everyone else appears to be growing. The average wage for the top earners in the U.S. hit $719,000 per year in 2017, up 3.7% on the year, exceeding their peak of $716,000 per year just before the Great Recession, according to a report released last week by the Economic Policy Institute.

When inflation is taken into account, middle-class wages have remained stagnant, Divya Sangam, spokeswoman at personal-finance site Value Penguin, wrote in an email. “Given the market growth, consumers would expect to be earning more money, but it’s not really happening,” she said. “Instead, Americans are facing ballooning student-loan debt and credit-card debt.”

Trump has said he is working with Congress to create a tax cut of 10% for America’s middle class. Labor shortages and the impact of tariffs could negatively affect the economy, Hamrick said.

Facebook earnings: Will advertisers stick with the social network?