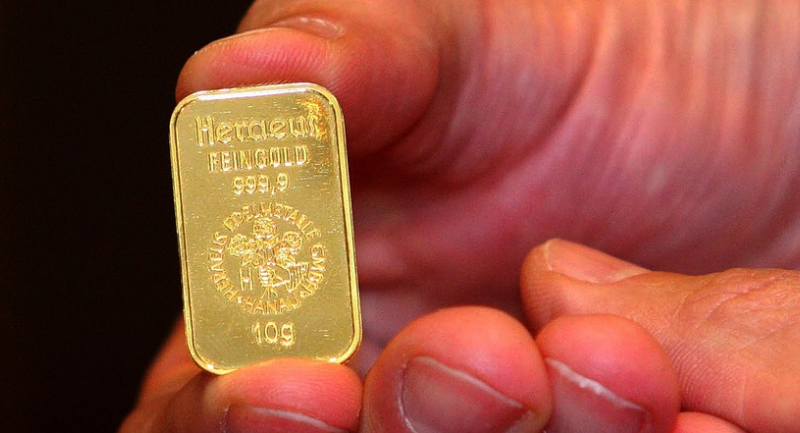 “Monday’s quarter-end sell off in gold was ugly but not surprising,” Adrian Ash, director of research at BullionVault, told MarketWatch. “Gold is increasingly sensitive to the outlook for interest rates, moving higher when ever-more bond yields fall below zero.”

“Investors and traders who left their profit-taking too late might now regret rushing out” Monday, said Ash.

The Institute for Supply Management said Tuesday that its manufacturing index fell to 47.8% last month from 49.1%, marking the lowest level since June 2009. That’s when the Great Recession ended.

Recent struggles for bullion, however, had come as the U.S. dollar has strengthened against major currency rivals and as U.S. stocks have edged up. The ICE U.S. Dollar Index DXY, -0.01%, a measure of the currency against a basket of six major rivals, was at its highest level since April of 2017 on Monday after notching a 3.4% gain in the second quarter, marking its strongest quarterly climb since a 5% rally in the second quarter of 2018.

Year to date, the DXY was up around 3.2%, while the euro EURUSD, +0.0274% is nursing a 4.7% year-over-year decline. A strong dollar can be a headwind for assets priced in the currency, including precious metals.

The stronger dollar has threatened to upend a strong upward trend for gold, with Monday’s skid pushing gold firmly below its 50-day moving average at $1,500.83 an ounce, according to FactSet data, for the first time since late May.

“Probably a lot of dismal retail traders today who took the advice of some of the who’s who in Financial world to go all-in on gold,” wrote Stephen Innes, independent market strategist in a daily research report, referring to a number of calls by high-profile Wall Street investors, including Bridgewater Associates’s Ray Dalio and Paul Tudor Jones, who have been bullish on gold, in an environment of ultralow yielding government bonds.

“They were likely looking for that ultimate home run trade of the year. But in one fell swoop below 1480, it felt like a whole pile of leveraged gold paper evaporated in a wave of margin calls,” Innes wrote.