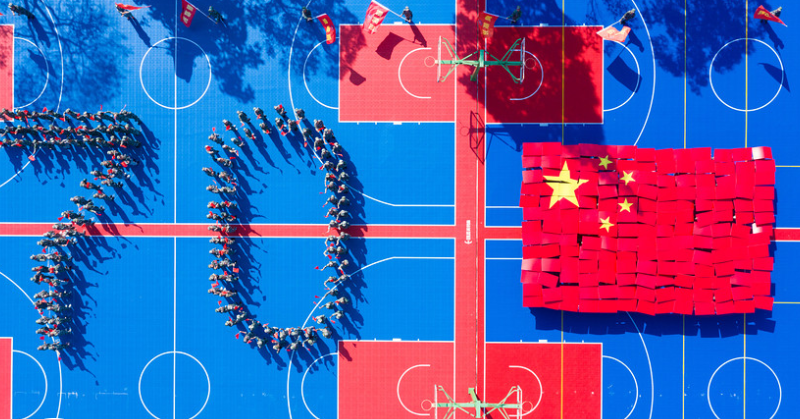 What’s driving the market?
The ISM’s September survey on manufacturing firms registered at 47.8%, down from 49.1% in July, below the 50.2% predicted by economists polled by MarketWatch and the worst reading since June 2009. Any reading below 50% indicates contraction.

The data showed that new orders for manufactured goods fell for the second month in a row, though at a slightly slower pace, while the export orders subcomponent of the survey came in at 41%, the lowest level since March 2009. Some survey respondents blamed higher U.S. and Chinese tariffs for weakness in their businesses.

“The data absolutely goes to the heart of the down market we’re seeing today. In part because the ISM numbers were softer than expected, certainly economists expected a better result,” Jim Baird, chief investment officer of Plante Moran Financial Advisors, told MarketWatch.

“But as always, there’s a tug of war for reasons to be optimistic and reasons to be pessimistic,” said Baird, pointing to resilient consumption among households.

The World Trade Organization on Tuesday said that trade flows this year are set to increase at the weakest pace since the 2008 financial crisis brought the global economy to its knees.

“Job creation may be hampered as firms employ fewer workers to produce goods and services for export,” warned Roberto Azevêdo, the WTO’s director general, in the most recent global forecast by the Geneva-based organization.

The U.S. and China are due to hold talks in mid-October in an effort to make progress on resolving the ongoing trade dispute, which has lingered for almost two years. Meanwhile, China is reported to have bought about another 1 million tons of U.S. soybeans, even though U.S. farm exports are down about 7% from 2018. Farmers in the Midwest are facing the most difficult conditions since the 1980s as a result, the Wall Street Journal reported.

In the wake of the weak U.S. manufacturing data published Tuesday, and with global economic growth slowing, expectations for further rate cuts from the Federal Reserve gained ground on Tuesday. Traders in the Fed fund futures market are now pricing in a 65% chance of a quarter-point rate cut on Oct. 30, compared with 40% a day ago.

Trump blamed Fed Chairman Jerome Powell for the weakness in the manufacturing sector, suggesting the central bank’s inaction was responsible for a stronger dollar and a tougher environment for U.S. exporters.

In other U.S. economic data, the Commerce Department reported that spending on U.S. construction projects rose 0.1% in August at a seasonally adjusted annual rate of $1.29 trillion, below the 0.4% rise expected by economists polled by MarketWatch.

However, Chicago Fed President Charles Evans said earlier Tuesday that the U.S. central bank’s most recent interest-rate cuts have helped to maintain the economic expansion now in its record-setting 11th year, despite headwinds from the protracted Sino-American trade dispute.

Evans estimated that annual economic growth should be around 2.25% in 2019, which he described as a “a solid number, as it exceeds my view of the economy’s long-run potential growth rate,” in the text of a speech to be delivered in Frankfurt, Germany.

Separately, markets continue to pay attention to developments related to Trump’s impeachment inquiry after the Wall Street Journal reported that Secretary of State Mike Pompeo listened in on the July 25 phone call between Trump and Ukrainian President Volodymyr Zelensky, a disclosure that ties the State Department more closely to the House impeachment inquiry.

Shares of Bausch Health Cos. Inc. BHC, -9.98% were under pressure Tuesday after the pharmaceutical firm said it is filing a lawsuit against Novartis AG NVS, -0.99% subsidiary Sandoz for patent infringement.

Ford Motor Co. F, -2.84% said Tuesday that it will book an impairment charge of between $800 million and $900 million related to a sale of its assets based to Indian auto maker Mahindra & Mahindra. Shares of the auto maker ended lower.

How did other markets trade?
The yield on the 10-year U.S. Treasury note TMUBMUSD10Y, +1.11% fell about 2 basis points to 1.651% after the U.S. ISM manufacturing sector purchasing managers index fell further into contraction.

In commodities markets, crude-oil futures finished lower Tuesday, as earlier gains from a monthly report on a fall in OPEC production gave way to concerns over a slowdown in energy demand. West Texas Intermediate crude-oil for November delivery CLX19, +1.04% fell 45 cents to $53.62 a barrel on the New York Mercantile Exchange, a day after the commodity recorded a 3.3% drop.

In Asia, Chinese equity benchmarks were closed in observance of the 70th anniversary of Communist rule. Japan’s Nikkei 225 NIK, -0.56%, meanwhile, gained 0.6%, wiping out a similar loss from Monday. European stocks finished lower, with the Stoxx Europe 600 SXXP, -1.31% down 1.3%.