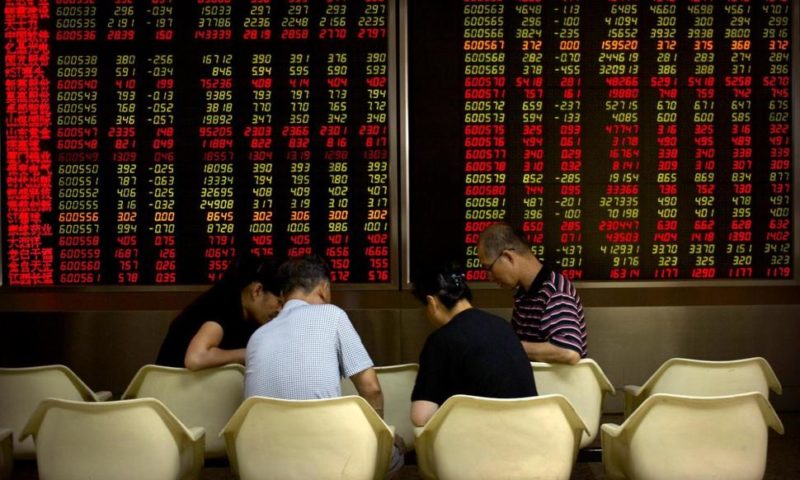 TRADE TENSIONS: The Trump administration is due to announce a decision shortly on whether to go ahead with 25 percent tariffs on $200 billion of Chinese imports in a dispute over Beijing’s technology policy. The two sides already have raised duties on $50 billion of each other’s goods. Trump said Friday that he was considering extending penalties to extending penalties to nearly all Chinese imports to the United States by raising duties on an additional $267 billion of goods.

ANALYST’S TAKE: “Wall Street balanced the tech gloom against the fresh focus on tax cuts on Monday yielding mixed returns,” Jinyi Pan of IG said in a report. “The protracted expectation for more bad news to set in with the looming tariffs remains the most important factor weighing on markets currently.”

ENERGY: Benchmark U.S. crude gained 24 cents to $67.78 per barrel in electronic trading on the New York Mercantile Exchange. The contract lost 21 cents on Monday to close at $67.54. Brent crude, used to price international oils, advanced 56 cents to $77.92 in London. It rose 54 cents the previous session to $77.37.

Trial Begins in $10B Investor Lawsuit Against Volkswagen