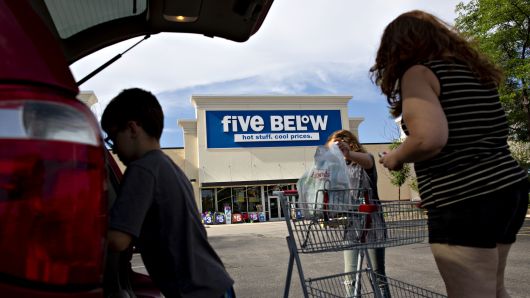 Shares of Five Below skyrocketed more than 13 percent to an all-time high on Friday, the day after the company reported sales that easily beat expectations, boosting its bottom line.

Five Below reported comparable sales growth of 2.7 percent for the second quarter, surpassing the 0.1 percent gain. Net sales for Five Below increased 22.7 percent, to $347.7 million, up from $283.3 million in the year-earlier period.

“Sales grew 23% driven by strong performance from both new and existing stores,” CEO Joel Anderson said in a statement. “We believe we are well positioned to continue to execute in the second half.” Five Below also opened up an additional 34 stores, now totaling 692 locations in 33 states.

Five Below shares were also on track to post their biggest one-day gain since June 7, when they surged 21.9 percent.

Tesla says Jerome Guillen has been promoted to president of automotive