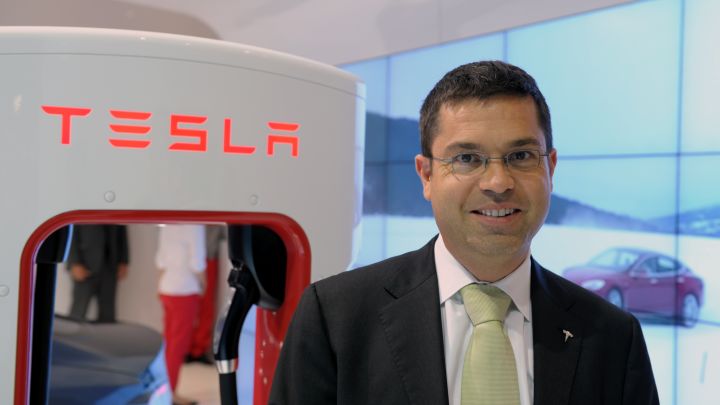 Tesla announced Friday that Jerome Guillen has been promoted to president of its automotive division.

In an email to employees, CEO Elon Musk said Guillen would report directly to him and oversee all of Tesla’s automotive operations, including the coordination of its supply chain.

Musk said Guillen had “played a critical role in ramping Model 3 production, leading what almost all thought was impossible: creation of an entire high-volume General Assembly line for Model 3 in a matter of weeks.”

The Model 3 is the key product for Tesla’s transformation into a mass electric-vehicle manufacturer. But the company has struggled with meeting the demand for those vehicles, with reports of production falling many months behind schedule.

At Tesla, Guillen is known as a taskmaster who can accurately forecast project completion dates. He is trusted by Musk, and credited with resolving some production issues that plagued the Model S line in Tesla’s early days of making and delivering that vehicle, and for expanding Tesla’s service organization internationally.

Guillen previously worked for McKinsey, Daimler and Tesla. He took a five month leave from the company but returned in early 2016 to create an electric semi-truck program at Tesla.

Among other things, he led the design of the Semi prototype, and struck early partnerships and other business deals that have seen large corporations pre-ordering the all-electric class 8 truck.

Musk also announced a slew of other promotions, which follow reports earlier in the day of executive resignations, including Tesla’s chief accounting officer, Dave Morton.

Kevin Kassekert will now become vice president of people and places. His responsibilities will include human resources and facility developments. Musk said Tesla’s chief people officer, Gaby Toledano, had been on leave and has decided to “continue doing so for personal reasons.”

Shares of Tesla ticked higher in after-hours trade Friday, after falling 6 percent in the normal trading session. The stock has shed 30 percent in the past month amid intense scrutiny over Musk’s take-private tweet.

This US airport is battling a rat infestation