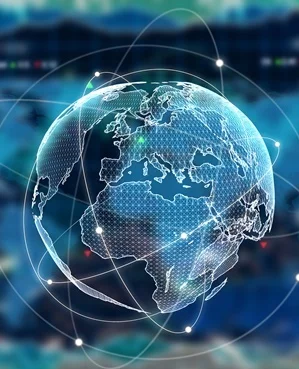 Stocks fell on Monday across the globe as US tariffs on an additional $200bn of Chinese imports kicked in, clouding the global economic outlook with prospects of an intensified trade war between the world’s top economies.

Beijing, which has primed retaliatory tariffs on $60bn in US goods, accused Washington of “economic intimidation”.

Hopes for talks to resolve the protracted dispute appeared to have been dashed as Beijing reportedly cancelled the visit of a negotiating team that was to travel to Washington later this week.

“The Chinese government confirmed they will not re-engage in trade talks while the US continues to threaten them with additional tariffs,” noted David Madden, an analyst at CMC Markets.

“There is a growing sense that the trade spat will drag on, and this is weighing on sentiment,” he said.

The latest US tariffs against Beijing brings the amount of goods hit by duties to more than $250bn, roughly half of China’s US exports, with American consumers likely to suffer collateral damage.

Oil meanwhile spiked higher after the world’s top producers decided to maintain output at the weekend in an apparent rebuff to pressure from US President Donald Trump.

Brent North Sea crude for delivery in November soared as high as $81.40 per barrel – the highest level since November 2014 – before taking a breather and finishing at $81.20 per barrel.

A committee comprised of the Organisation of the Petroleum Exporting Countries (OPEC) cartel and non-OPEC producers said in Algiers that it was satisfied with the current market outlook, which represented “an overall healthy balance between supply and demand.”

Equity markets fell across Europe. The Dow and S&P 500 dropped, although the tech-rich Nasdaq scraped a modest gain.

Sky shares soared more than 8% after US cable giant Comcast successfully bid $40bn for the broadcaster.

Meanwhile, miner Randgold gained a little more than 6% after agreeing to a takeover from Canadian titan Barrick Gold to create a global industry champion worth $18.3bn.

In New York, clothing and accessories company Michael Kors dropped 8.2% following reports it is close to a deal to buy Versace for $2bn or more, its latest push into luxury.