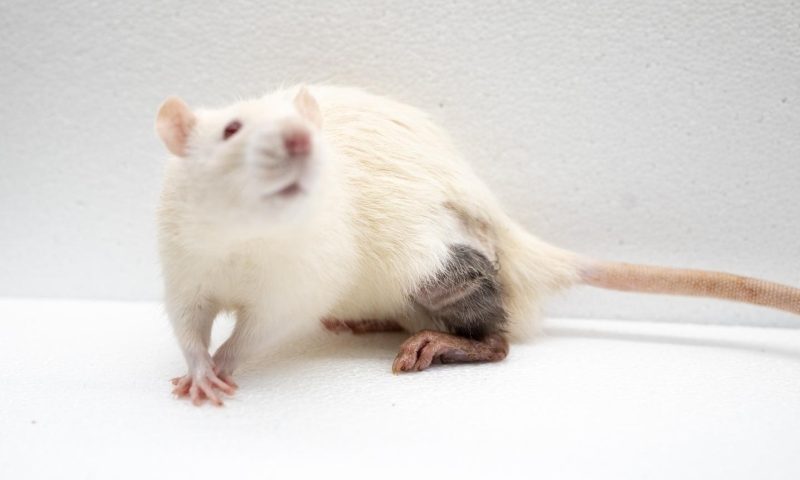 Cancer’s ability to elude surveillance by our immune system has long frustrated scientists. But a team led by researchers at the University of Pittsburgh has taken a page from one of those evasion strategies to trick the body into tolerating transplanted tissue.

By using a microparticle-based system to deliver a protein called CCL22 that’s also secreted by many types of tumors to suppress an immune response, the team helped rats accept foreign grafts, including a whole limb, according to a study published in the journal Science Advances.

“It’s like hacking into the immune system, borrowing a strategy used by one of humanity’s worst enemies, to trick the body into accepting a transplant,” the paper’s senior author, Steven Little, said in a statement.

Regulatory T cells, or Tregs, which modulate other immune cells to prevent autoimmune responses, are believed to be a primary obstacle blocking antitumor immunity. Previous studies have found abundant expression of the chemokine CCL22 in several tumor cells. CCL22 signals through the receptor CCR4 on Tregs and therefore attracts the immuno-suppressive cells into the tumor microenvironment, decreasing the likelihood of an immune attack on cancer.

Harnessing that mechanism, Little and his colleagues developed a synthetic, degradable microparticle delivery system to carry CCL22. Upon release, CCL22 draws Treg cells to the site of the graft and tags the foreign tissue as “self” to help it avoid attack by the immune system.

In rats, two shots of the microparticles significantly prolonged graft survival of a hind limb for the entire experiment period. Six of eight rats had their grafts survive more than 200 days, which is equal to about 30 human years. In contrast, control animals that received immunosuppressive therapy consistently rejected grafts two to three weeks after treatment was discontinued.

Biopsies from microparticle-treated animals showed intact tissue architecture, similar to muscle and skin biopsies from normal animals. As Treg cells in those grafts were significantly increased, the rest of the rats’ immune system remained intact, the team reported.

The effects also appear to be specific to the intended donor. The researchers added new skin grafts to animals with long-term surviving hindlimb grafts without giving them additional microparticle treatment. The rodents accepted grafts from both their own species and the hindlimb donor species but rejected those from a third type.

One of the major problems facing organ transplantation is immunological rejection. Today, transplant recipients regularly take immunosuppressants to avoid rejection. With a weakened immune system, they are vulnerable to infections and other diseases such as cancer.

Scientists are looking for ways to sidestep systemic immune suppression in transplantation. Cambridge, Massachusetts-based eGenesis, a FierceMedTech 2019 Fierce 15 winner, and China’s Qihan Bio are looking to develop transplantable organs from pigs. They recently used CRISPR to edit 12 genes in pigs to improve their organs’ compatibility with the human immunological and blood coagulation systems. Cells from these engineered pigs showed significantly less binding to human antibodies. eGenesis recently closed a $100 million series B funding round.

Little’s team believes their synthesized CCL22 holds potential advantages for clinical use with much simpler treatment logistics compared with stem cell-based transplants such as this other University of Pittsburgh clinical project.

“Instead of isolating cells from a patient, growing them up in the lab, injecting them back in and hoping they find the right location, we’re packaging it all up in an engineered system that recruits these naturally occurring cells right to the transplanted graft,” the study’s lead author, James Fisher, said in a statement.

Next up, the team is beginning to test the CCL22 microparticles in a large animal model of pigs, hoping to provide critical information about dosing for human trials.

U.S. Looks To Snag Market Share From Russia In Its Own Backyard