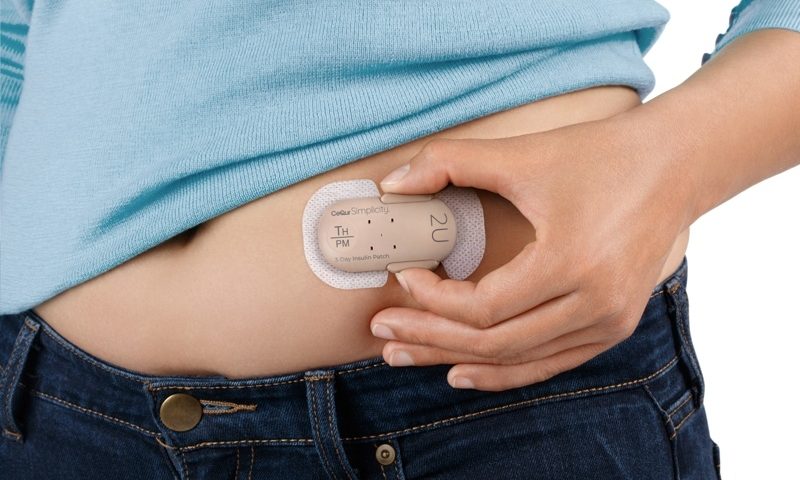 For people with diabetes, measuring and taking insulin injections before large meals has always been a pain, both mentally and physically. CeQur aims to tackle both with its long-awaited wearable insulin delivery patch, now heading toward a broader commercial launch with $115 million in venture capital funding.

The former Fierce 15 winner’s Simplicity patch is designed to be a discreet alternative to mealtime dosing. Now approved in the U.S. and Europe, the patch can be worn underneath clothing for up to three days. Squeezing the side buttons on the thin, water-resistant device quickly delivers a two-unit bolus dose.

The $115 million in financing, the Swiss company’s largest to date, will help CeQur automate and scale up its manufacturing.

CeQur said many people who need multiple injections a day for their diabetes are still not reaching their blood sugar targets because of lifestyle restrictions and social challenges—with nearly two-thirds of surveyed patients saying they don’t always feel comfortable injecting insulin in front of others.

During the product’s pilot rollout, CeQur has “been very encouraged by the feedback from healthcare professionals, payers, and people with diabetes, which validates that this novel device offers meaningful benefits to a large segment of people who are insulin-dependent,” CEO Bradley Paddock said in a statement.

The company’s clinical studies showed the patch helped improve HbA1C levels and extended a user’s time in a healthy glucose range. Nearly 90% of users in the studies said they could better follow their patch regimen compared with separate and multiple injections per day.

CeQur has pegged the potential market for simpler, easy-to-use insulin devices at about $7.5 billion in the U.S. and about twice that globally.

Tandem Diabetes care pitched in because the Simplicity device can “address a large, underserved segment of the diabetes market” with its simple, unobtrusive and comfortable alternative to injections, CEO John Sheridan said.

“[T]here is not a one-size-fits-all solution for people living with diabetes,” Sheridan said, adding that the CeQur investment fits in with Tandem’s goal to expand the set of tools available.