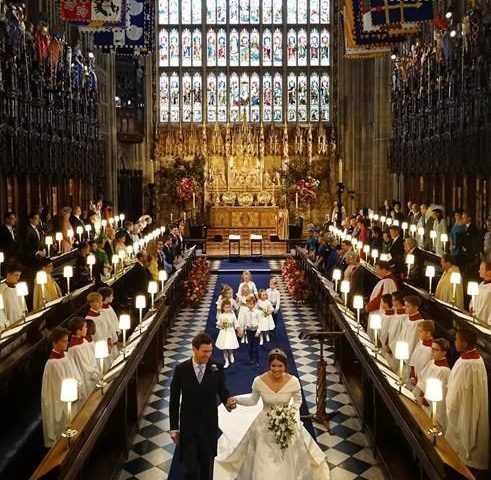 The royal wedding of Princess Eugenie and Jack Brooksbank was a big hit in terms of British TV viewership.

ITV was the only U.K. broadcaster that showed the entire service live from St. George’s Chapel.

Competitors BBC and Sky News showed snippets of the wedding and the crowds thronging the streets of Windsor outside the castle.

BBC blamed a failure of its voice recognition system for a subtitle that briefly referred to Eugenie’s “beautiful breasts” rather than her “beautiful dress” as she walked up the stairs to the chapel.

Eugenie is the granddaughter of Queen Elizabeth II and ninth in line to the British throne.