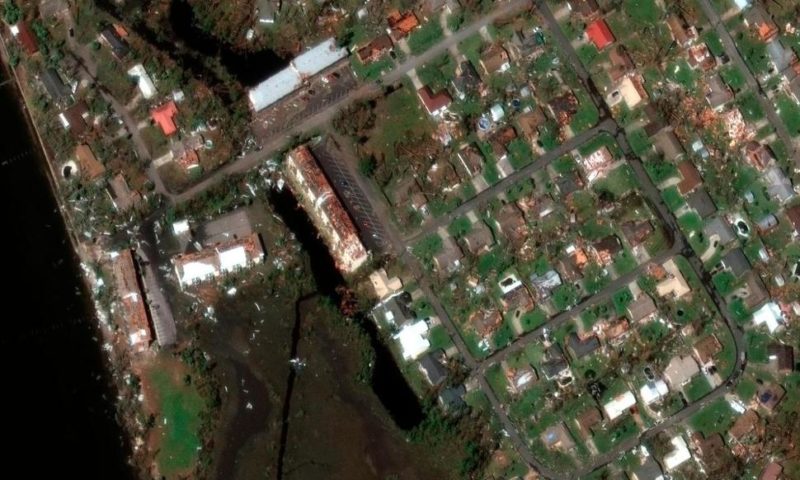 Florida’s disjointed property insurance system that relies almost exclusively on small and midsize companies will take a multi-billion dollar loss from Hurricane Michael, but has sufficient reserves and backups that providers should be able to pay claims.

FORT LAUDERDALE, Fla. — Florida’s disjointed property insurance system that relies almost exclusively on small and midsize companies will take a multibillion dollar loss from Hurricane Michael, but has sufficient reserves and backups that providers should be able to pay claims without problems, analysts say.

Major national players like State Farm, Allstate and Liberty Mutual write few if any homeowners policies in Florida because of the high risk of hurricane losses, leaving the market to smaller companies and the state-created insurer of last resort, Citizens Property.

Boston-based Karen Clark & Company, which models catastrophes, estimates Florida private insurers will pay $6 billion in claims for wind and storm surge damage to residential, commercial and industrial properties and vehicles. The estimate doesn’t include losses covered by the National Flood Insurance Program, which has about 60,000 policies in the hardest-hit Florida counties. The program had no immediate estimate on its losses.

Analysts say that, despite their smaller size, Florida insurers should be able to cover their Michael losses through re-insurance – policies insurance companies purchase from global companies like Lloyd’s of London to cover catastrophic losses. Most of the state’s damage from Wednesday’s Category 4 storm is in the sparsely populated Panhandle, lessening the financial blow.

Florida insurers “are built to be able to withstand these types of storms that are expected to happen every 10 to 15 years,” according to Brian C. Schneider, a senior director at the analytics firm Fitch Ratings. The company said the reinsurance programs performed well after Hurricane Irma last year, which caused about $50 billion in damages in Florida.

But, Schneider said, the industry believes many Florida insurers would not survive if a major storm made a direct hit on Miami, Tampa or another major city. The re-insurance company Swiss Re estimated last year that a Category 5 storm hitting Miami could potentially cost the industry almost $200 billion. The state has about $17 billion in a fund to help private companies pay hurricane claims if they run into trouble.

Major insurance companies fled Florida’s homeowners market after 1992’s Category 5 Hurricane Andrew hit south of Miami, destroying much of the city of Homestead and causing $45 billion in damages, adjusted for inflation. After the companies fled, many property owners could only get policies from Citizens Property and its predecessor, peaking at about 1.5 million policies in 2012.

The state, wanting to reduce its exposure, for most of the last 20 years has been enticing smaller, niche companies into the market but required them to obtain re-insurance. The industry was also helped by a 12-year gap between hurricanes hitting the state from 2005 to last year. Their revenue is helped as Florida has the most expensive homeowners insurance in the nation, according to the Insurance Information Institute, with homeowners paying an average annual cost of just under $2,000 in 2015, the latest year available.

The push worked as Citizens’ footprint has shrunk by 72 percent, but remains the state’s second-largest property insurer with about 420,000 policies – most of them in South Florida, far from Michael’s damage zone. Spokesman Michael Peltier said the company estimates it will receive about 12,000 claims from Michael, but hasn’t calculated an expected loss yet. Because its policies are in the highest-risk areas of the state, its average policy costs nearly $2,600 annually with a range from about $3,600 in Miami and the Florida Keys to about $1,700 in Taylor County, not far from where Michael hit.