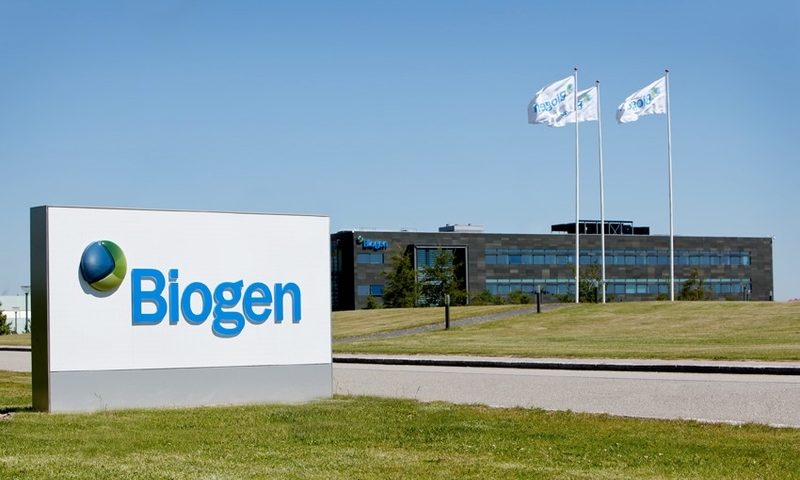 Rip up the rulebooks: It’s no longer investing 101, but investing 2021, where anything goes.

The drug had been issued last summer a PDUFA date of March 7 this year, but, after a bitter FDA expert panel review amid deep questions over whether this drug works well enough to warrant an approval, the FDA has pushed back its decision timing by three months to early June.

The reason: The FDA wanted more clinical information, but Biogen is keeping mum on what that was. In a brief statement it said: “As part of the ongoing review, Biogen submitted a response to an information request by the FDA, including additional analyses and clinical data, which the FDA considered a Major Amendment to the application that will require additional time for review.”

“We are committed to working with the FDA as it completes its review of the aducanumab application,” said Michel Vounatsos, CEO at Biogen. “We want to thank the FDA for its continued diligence during the review.”

Why the jump in shares, you ask? Well, it might not just be this crazy market. Analysts at Jefferies said in a note to clients that its “optimistic,” as the FDA “could have rejected it here, but they did not.”

“We remain optimistic because the FDA could have simply issued a CRL, and based on our analysis of prior PDUFA extensions, we think minor delays typically lead to an approval since the parties tend to figure out the last remaining items of a filing, which in this case includes ‘additional analyses and clinical data.’”

The drug flunked a futility analysis in March 2019 and was as close as you’ll ever get to a drug being thrown on the garbage heap, but Biogen resurrected it after factoring in data generated after the cutoff for the interim assessment.

In making the case for aducanumab, Biogen argued that the futility analysis was based on a smaller data set that featured fewer patients who received high-dose aducanumab. Adding in the additional data showed aducanumab reduced clinical decline, Biogen said, leading the company to make an unequivocal statement about the evidence in support of the anti-amyloid beta antibody.

“The result of the futility analysis was incorrect,” Biogen wrote in a presentation about aducanumab in late 2019 when deciding to refile. In the expanded data set for one of the phase 3 trials, EMERGE, Biogen associated the high dose of aducanumab with statistically significant changes on a clinical dementia scale, recording p-values of 0.01 or 0.031 depending on when the data cutoff date is set. The high dose also hit several secondary endpoints.

The data from the second phase 3 trial, ENGAGE, are far less encouraging. In that trial, the high dose of aducanumab performed worse than placebo on the clinical dementia scale—the primary endpoint of the study—and on a test of cognitive function.

Biogen saw a divergence between the data generated in the two studies at the time of the futility analysis but was unable to explain the finding. Now, Biogen thinks the greater exposure to the high dose in EMERGE is the primary driver of the divergence, leading it to argue the totality of evidence supports approval of aducanumab. Biogen pointed to the better results seen in a subset of ENGAGE patients it said were exposed to sufficient high-dose aducanumab to make its case.

But an FDA panel disagreed with a lot of these arguments late last year, panning the drug and saying that, overall, it shouldn’t be approved. The FDA doesn’t have to follow this advice, but it usually does.

Genocea’s ATLAS Platform May Be Game Changer in Cancer Immunotherapy