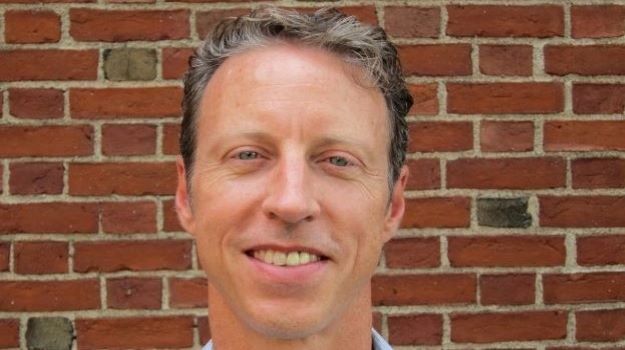 Once the domain of mythical fountains of youth and movies like ‘The Curious Case of Benjamin Button,’ the science of aging prevention and reversal is beginning to enter the mainstream – with reputable academic institutions launching companies to accomplish this once improbable feat.

One such company, Elevian, founded by a team of Harvard scientists and physician-turned entrepreneur Dr. Mark Allen, is working to restore regenerative capacity with the aim of preventing and treating age-related diseases. A critical factor, they say, is a single protein called Growth differentiation factor 11 (GDF11).

“All of a sudden, problems that were heretofore unsolvable become solvable,” Allen said of the theory that is the opposite of incremental and encourages one to think outside of the box. “They talked about examples of problems that we’ve always thought to be unsolvable, one of them being aging and longevity. So that was it for me. I was like ‘that’s perfect for me. That’s what I want to work on.”

Searching for clues into the diseases associated with aging, Elevian’s founders, including Harvard professor of Stem Cell and Regenerative Biology Dr. Amy Wagers, mined the proteome, looking into how proteins change with age. They uncovered several, including one with potentially groundbreaking regenerative capabilities, GDF11.

Elevian believes that this single protein, a key player in the circulatory system, could be a game-changer in regenerative medicine.

“GDF11 is one of those proteins that change with age,” Allen said. “They [the founders] really dug into GDF11 because so little was known about it at the time of their discoveries. They did side-by-side studies with the parabiosis model, injecting just GDF11, to see if it could reproduce some of the effects of parabiosis in the aged animal. And they found, much to everybody’s surprise, that replenishing just this one circulating factor was able to reproduce many of the beneficial effects of parabiosis.”

Parabiosis, which means “living beside”, is performed by joining two living organisms surgically to develop a single, shared physiology. It has been used to study conjoined twins, and more recently, in a 1972 lifespan study attaching old and young rats, scientists Frederic C. Ludwig and Robert M. Elashoff showed evidence of an extended lifespan for the older animals.

As a post-doc at Stanford, Dr. Wagers expanded upon this research using modern histology techniques. When Wagers and her colleagues attached the circulatory systems of young mice to old ones, they found strong evidence of a biological reversal of many characteristics of aging. Later, Dr Wagers and colleagues discovered that injecting only GDF11 in aged animals can reproduce many of the benefits of parabiosis, in a paper published in Science in 2014 and recognized as a runner-up to the publication’s ‘Breakthrough of the Year’.

“What they found is that the old animals exposed to young blood experienced a biological reversal of aging by many different measures. Their brains grow younger, their hearts grow younger, their lungs, their bones – all over their body. And interestingly, the young animals exposed to old blood have accelerated aging. So this is just really strong proof that circulating factors regulate aging,” said Allen.

“The mechanism of action appears to be that GDF11 binds directly to endothelial progenitor cells that line our blood vessels and improves both the quality and quantity of the vasculature. It does not cross the blood-brain barrier, so we think its mechanism is primarily by improving vasculature,” he explained.

Elevian, the recent beneficiary of an initial round of seed financing, is actioning this potent protein to develop a potential regenerative treatment for stroke patients.

One of the barriers to developing therapeutics based on these factors is the inherent incongruence with the usual regulatory approval systems. Following customary protocol, proving that a drug prevents aging or age-related diseases would quite literally take a lifetime.

“There’s no regulatory path for treating aging. Even doing a prevention trial would take years and years and years, because you have to take people and wait until they get disease to see effects. So instead, to get a drug to market, we take the opposite extreme. We look at what is the most devastating possible disease, unmet need, where we could treat for the shortest possible duration and see clinically meaningful effects,” Allen explained.

Elevian decided on stroke, which is the number two cause of death worldwide and the third leading cause of disability.

The only existing treatments for a stroke are limited to the acute phase, where an IV injection of a drug such as recombinant tissue plasminogen activator (tPA) (Activase) restores blood flow by dissolving the clot causing the event.

In an ischemic stroke, which makes up 87% of cases, a blood clot forms and prevents blood and oxygen from reaching an area of the brain, impacting breathing and heart function and often leading to paralysis. This is where Elevian believes a drug utilizing GDF11, which acts on the circulatory system, holds such promise for rehabilitation.

Allen revealed that his team has already demonstrated GDF11’s impact on stroke-stricken animals.

“When we give GDF11 to animals that have had strokes and are paralyzed or have severe motor function debilitation, it returns them almost to normal function. It significantly improves motor function recovery,” he said.

On the strength of these preclinical results, Elevian is gearing up to enter human clinical trials with GDF11 for the treatment of stroke.

“We really got the green light to go into humans based upon the animal data that we got there,” Allen said, adding that there is still a lot of work to be done before they reach this phase. “We still have to scale up production of the drug and we have to do extensive safety and toxicology tests – IND-enabling studies. The longest pole in the tent is figuring out how to make manufacturing costs effective. The cost of goods is going to be really, really high. So we’re doing a lot of work in process development right now, and then we’re going to hand it off to a manufacturing partner to scale up. We’re about two years from initiating our human clinical trial in stroke.”

Another unmet need where Elevian believes GDF11 can have an impact is Type 2 diabetes, a disorder whose pathology is also intricately connected to the circulatory system – and often to aging.

Along with blood clotting factors, glucose resides within the inside lining of blood vessels. In Type 2 diabetics, the lining of an individual’s blood vessels begins to become glycosylated, which causes them to narrow, impeding blood flow. Glucose tolerance is known to decrease with age.

In a study published in March 2020, Wagers and her colleagues stated that GDF11 was shown to “significantly improve glucose tolerance in aged mice” and increase glucose homeostasis, under a variety of dietary conditions.

Allen believes that addressing the aging process is the ultimate exponential strategy to solving a whole host of humanity’s biggest killers:

Arch raises $1.9B to build another crop of breakthrough biotechs