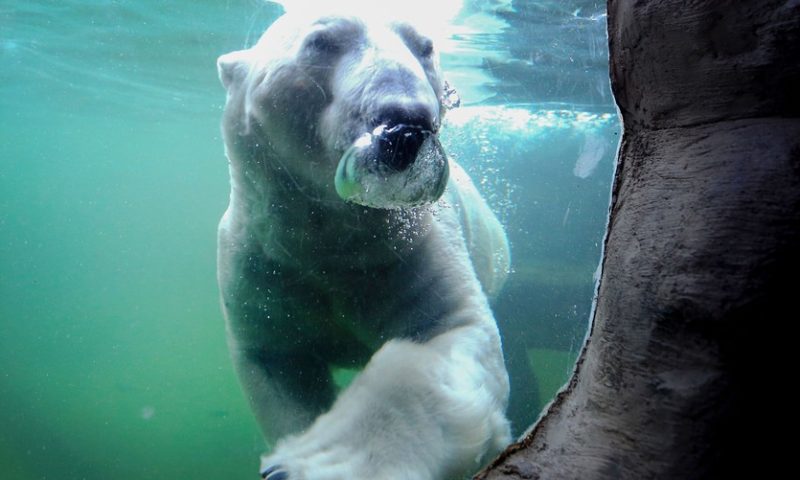 Winter is coming, literally, as Friday marks the winter solstice and the shortest day of the year— though Wall Street has been feeling the chill since October.

Global equities continued to wobble and Europe’s main index, along with the Nasdaq Composite, was flirting with a close in bear-market territory. Add a shutdown threat and quadruple-witching Friday, and it’s hard to see where the breaks are going to come, as big money managers start to leave for vacation ahead of the holidays.

“Without their guiding hand, more emotional retail traders are in control of the market and they love overreacting to every bump in the road,” says CrackedMarket’s Jani Ziedins. Here’s hoping a few more old hands are on deck to guide us through an update coming later on U.S. growth — at the heart of some hand-wringing these days.

That brings us to our call of the day , which pretty much screams “growth worries are us.”

Here’s Greg Jensen, co-chief investment officer of Bridgewater Associates, the biggest hedge fund in the world: “The biggest theme developing is that you are going to have significantly weaker growth, near recession-level growth in 2019, based on our measures, and the markets are generally not pricing that in,” Jensen told Reuters in an interview.

Bridgewater expects U.S. GDP near a paltry 1% in 2019, with the rest of the world faring slightly worse. Consider that the most recent estimate of third-quarter growth was 3.5%, and that investors stampeded out of stocks this week partly because the Fed trimmed its own forecast to 2.3% from 2.5%.

Echoing downbeat sentiment that MarketWatch readers heard elsewhere, Jensen is also bearish on the outlook for company profits, which he says will “slow significantly more than growth will slow.”

“Although the movement has been in that direction, the degree of [ the market’s decline] is still small relative to what we are seeing in terms of the shifts in likely economic conditions,” says Jensen, as he summed up what they see as 2019’s big story: “weaker growth and central banks struggling to move from their current tightening stance to easing and finding it difficult to ease because they have very little ammunition to ease.”

But it’s not all bad news from the manager, because he doesn’t see a 2008-style blowup because there’s less leverage in the financial system. What we’ll get instead is a torturous “dragged-out” process that “gets market prices in line.”

Our chart of the day looks at the CBOE Volatilty Index VIX, +6.10%  , which reached 30 on Thursday, making for the highest move since Feb 9. The below chart tweeted by @Oddstats highlights every trading day for the S&P when the VIX was over that big level. Needless to say, it’s not a regular occurrence:

A government shutdown hangs in the balance after House Republicans approved a funding package, which includes money for POTUS’s wall, and which Senate is unlikely to pass, and a tweetstorm is already underway from the Commander in Chief:

Meanwhile, the hunt is on for a new defense secretary after Jim Mattis says he’s leaving.

Speaking of growth, China is promising more tax cuts to help growth in its corner of the world.

Nike NKE, +7.17%  beat revenue and profit forecasts and shares are up.

Perrigo PRGO, -29.28%  is down after the drug company said Ireland is trying to collect on a big tax bill.

Japan has piled on another charge against Nissan’s 7201, -2.04%  disgraced former chairman Carlos Ghosn.

Flights have been taking off at London’s Gatwick after two full days of no travel and total holiday chaos for thousands. That’s all down to at least one drone plaguing the airport that neither the police nor the army have been able to bring it down thus far.

A data dump is coming ahead of the Christmas break next week. A GDP update for the third quarter showed growth up 3.4%, short of hopes for a gain of 3.5%, durable goods rose 0.8%, with personal income and spending, core inflation and the consumer sentiment index due later on.

Death toll rises to 13 after explosion in Czech coal mine

Hall of Fame time for one of the original “Hidden Figures,” Gladys West

Erin Brockovich on her secrets to success

33% of adults believe in Santa, says this handy Christmas chart:

Report on new-home sales would fall victim to government shutdown