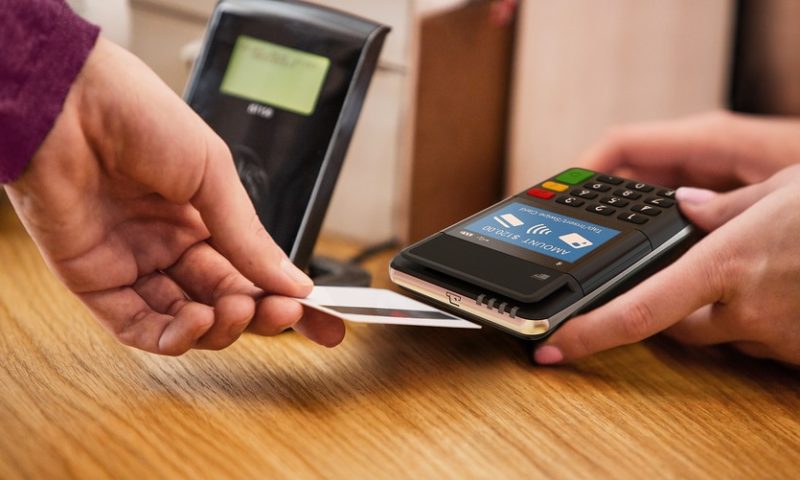 As electronic and mobile payments continue to gain steam, the fintech space is attracting more interest from outside players.

T-Mobile US Inc. TMUS, +1.42% is the latest to join the fray, announcing Tuesday that it has launched a new mobile point-of-sale product for small merchants in partnership with Total System Services Inc. TSS, +0.95% a financial-technology veteran. The carrier is following in the footsteps of peers Verizon Communications Inc. VZ, +0.92% and AT&T Inc. T, +0.03% , both of which have merchant-services offerings with partners.

T-Mobile may be teaming up with an established player, but it wasn’t circumspect about its intent to take on incumbents more generally. “T-Mobile is putting Square and Clover on notice,” the company said in the press release for its new GoPoint product.

Square Inc. SQ, +0.70% and Clover, a unit of First Data Corp. FDC, +2.26% , have succeeded in helping small businesses accept credit-card payments through sleek point-of-sale systems. The companies argue that they’re leveling the playing field for smaller merchants, who were underserved by traditional financial-solutions players that enabled credit acceptance for their bigger rivals.

Mike Katz, the executive vice president of T-Mobile for Business, sees more room for disruption. “It’s fair to say that things have gotten better, but getting better isn’t good enough,” he told MarketWatch. In particular, he sees room for more transparency around funding and terms. T-Mobile’s GoPoint offers free same-day access to funds and doesn’t have software fees.

“The one attractive differentiator I see is T-Mobile’s offer of free same-day funding, which providers like Square charge for,” said Jordan McKee, research director at 451 Research. Still, he said the company is a late arrival to a “crowded market.”

T-Mobile for Business offers wireless plans, internet connectivity, and internet-of-things services to enterprise customers. The unit has a sales force that will market the GoPoint product and allow merchants to try it out in their stores before committing to a purchase. While GoPoint is aimed at smaller businesses, Philip McHugh, Total System Services’ president of merchant solutions, said the product is designed to work with some of the company’s other payments products for more sizable enterprises.

T-Mobile, which began selling the devices last week, said that demand so far as been “very, very high.” Shares closed up 1.4% in Tuesday trading, while Total System Services shares gained 1%.