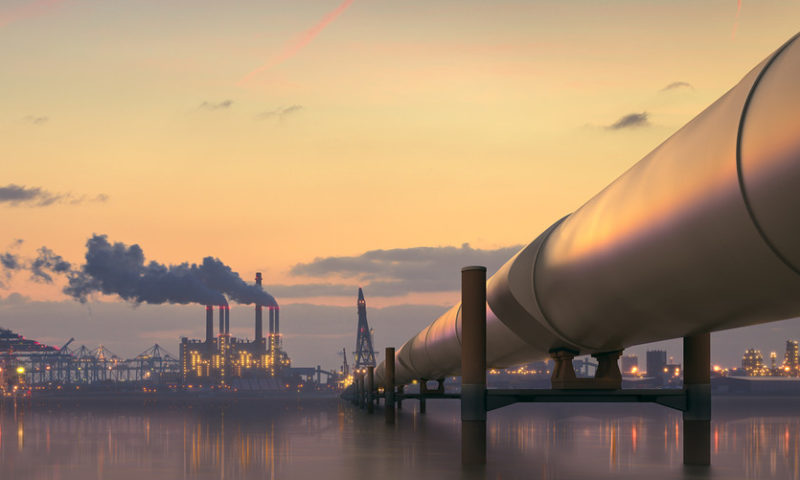 U.S. stocks closed higher Tuesday as the energy and financial sectors buoyed the market, but main indexes came off their intraday highs on tepid housing and consumer-confidence data as well as lingering uncertainties over global growth and Brexit.

U.S.-China trade negotiations resumed, reigniting some optimism that the high-stakes dispute was coming to a close. Cabinet-level trade negotiations between Beijing and Washington were scheduled to kick off, with U.S. Trade Representative Robert Lighthizer and Treasury Secretary Steven Mnuchin due in China later this week to help conclude long-running discussions between the world’s two largest economies.

A resolution of disagreements on tariffs could offer a boost to markets and provide some succor to investors wringing their hands over growing signs of a slowdown in the global economy — possibly exacerbated by the trade dispute.

Still, the latest data released suggested that U.S. economic growth may be softening.

Home builders broke ground on new-home construction at a seasonally adjusted annual rate of 1.16 million in February, that’s a 9% decline from the month before and well below levels seen last year.

Home prices grew at the slowest pace in more than six years, with the S&P CoreLogic Case-Shiller 20-city index rising at a seasonally adjusted rate of 0.2% in January compared with December.

Financial markets had been rattled by the inversion of the yield curve — an unusual condition in which rates for shorter-dated government debt rise above rates for its longer-dated counterparts. The inversion between the three-month Treasury TMUBMUSD03M, -0.42%  and the 10-year note inverted for the first time since 2007 on Friday.

Investors were also monitoring Brexit, after U.K. lawmakers decided late Monday to wrest control of the process of leaving the European Union away from Prime Minister Theresa May in a move that will prompt a series of votes this week aimed at easing legislative gridlock. A disorderly exit from the EU by Britain could unsettle global benchmarks.

“We have been in a short-term downtrend, technically speaking. Last week, we tested the 26,000 level in the industrials twice unsuccessfully and sold off,” said Sahak Manuelian, managing director of equity trading at Wedbush Securities. “Investor sentiment [is] still weary around the big gains year to date, global growth concerns persist, lack of clarity around U.S.-China trade and if anything seemingly getting pushed out further, and Brexit [is] still messy.”

“We see the inversion of the three-month, 10-year yield curve as a technical inversion. And just because it’s one of the best indicators of a coming recession, it’s not a perfect indicator,” he added.

Equity investors have decided to “not hit the panic button just yet,” given that low yields on long-term government debt could be more a result of low or negative yields on other developed-economy government bonds, rather than bond investors signaling a lack of confidence in growth of the U.S. economy, Reynolds said.

“There is plenty of internal energy for the stock market on a monthly, or intermediate-term basis, but the short-term work suggests a continuation of a stall for the equity markets with no big downside move provided there is not a ‘black swan’ news event,” wrote Jeffrey Saut, chief investment strategist at Raymond James.

Apple Inc. AAPL, +0.63% shares fell 1% after the U. S. International Trade Commission ruled that the iPhone maker infringed on an aspect of a Qualcomm Inc. QCOM, -0.69%  patent, which will result in an import ban on certain devices. Qualcomm shares were up 2.4%.

Bed Bath & Beyond Inc. BBBY, +21.99% shares surged 22% after The Wall Street Journal reported that three activist investors are preparing to launch a proxy fight to replace the home furnishings retailer’s entire board.

Shares of Nvidia Corp. NVDA, -0.25%  rose 1.8% after an analyst at Piper Jaffray recommended investors to focus on the chip maker’s long-term opportunities.

Why this wireless carrier is taking aim at Square