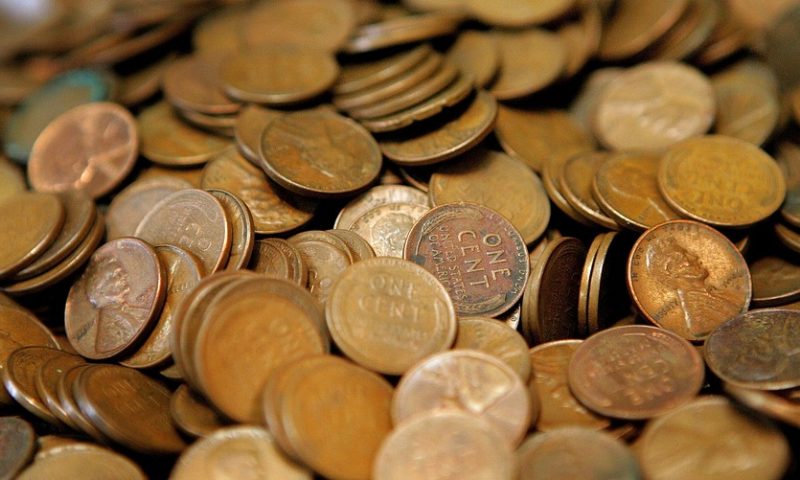 That is how Michael Hewson, chief market analyst at CMC Markets, describes the stock-market vibe these days as a rebound that is been in place since the start of 2019 keeps on keeping on. For Tuesday, that worked out to a rally on Wall Street, and there was a hint that there are possibly more gains where that came from for Wednesday.

While a deal with China may ultimately turn into a hollow victory for stocks, talk from POTUS about a possible flexibility to a hard trade-deal deadline with China has generated some excitement, along with his grudging acceptance of a shutdown deal. That isn’t to say some aren’t spotting odd occurrences in this market.

“For U.S. indexes, the unnerving point about the situation at the moment is the awkward fact that the VIX (commonly called the ‘fear index’) has now been above 15 level for its longest period since 2012. Oddly enough whilst a high VIX is generally the sign of bear activity, this rating has been maintained whilst the market has been on something of a bull run,” said Simon Denham, chief risk officer at TigerWit.

We’ll switch gears with our call of the day, from Morgan Stanley, which already made headlines this week with a warning about a looming earnings recession for the stock market. They’re much more optimistic about another asset, where they say the “stars are aligned.”

“We see 14% upside to copper from a supply-driven deficit by year-end. Furthermore, industry players are not over-earning, especially in light of rising capital intensity,” said a team of analysts led by Menno Sanderse. They say the stock names attached to this sector aren’t pricing in the prospects of more demand for the commodity, and rising prices should mean more industry profitability for those big players.

Another plus? They’re upbeat on the prospect of mergers and acquisition in the sector as well.

Supply is a big driver for the industry and Morgan Stanley expects a 2.4% fall in global mine supply this year, “which means global demand would need to be flat to keep the copper market in balance this year.” So anything above 0% could tip the market right into a deficit, they said.

“This is in sharp contrast to other base and precious metals, where we see low single digit downside, and bulk materials with close to 20% downside,” said the analysts.

Go ahead and count the credit cards in your wallet, and see if you’re average or not. Our chart of the day from Deutsche Bank (via The Daily Shot) says there are 370 million credit cards outstanding in the U.S., which is about three per household.

Maybe the good news is that the fat gray area—Super Prime — represents the least risky lenders out there.

On trade, optimism has been stirred on two fronts: POTUS said he may ease up on that March deadline for a deal with China if an agreement looks close. And the South China Morning Post said Chinese President Xi Jinping will meet key members of the U.S. delegation on Friday.

Twitter TWTR, +2.40% CEO Jack Dorsey said Tesla TSLA, -1.17% chief Elon Musk is his favorite tweeter, perhaps overlooking how the eccentric executive has caused a bit of trouble on social media, from accusation of bullying journalists to swinging his share prices around.

Spain could present a fresh headache for Europe if Spanish Prime Minister Pedro Sánchez can’t get his budget passed in parliament Wednesday, and elections could be called for April. The minority Socialist leader has made Catalan rulers unhappy as well as Conservatives.

It is quality, not quantity for Wednesday, with January consumer prices showing inflation flattening as expected. The federal budget for December is due later.