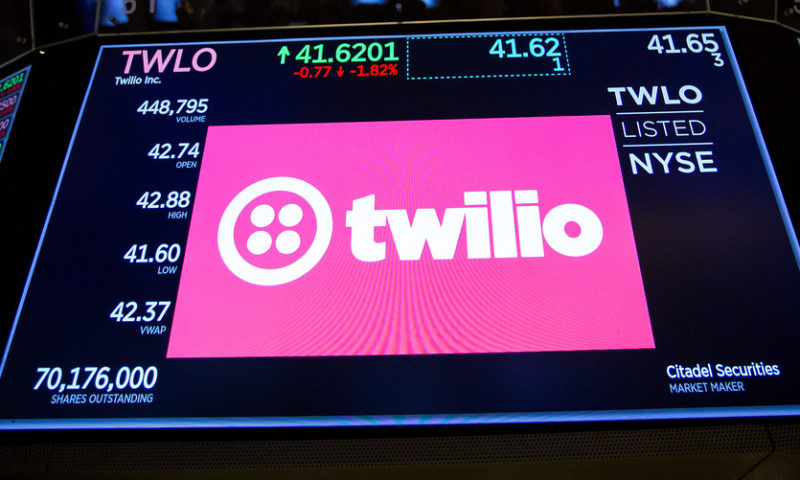 Qualys QLYS, -14.63%  shares started falling late Tuesday after the cloud-security company’s forecast for the first quarter fell below Wall Street expectations. Qualys shares fell 14% to $82.60, after touching an intraday low of $80.26. Shares are up 10.4% for the year and up 23% over the past 12 months.

J.P. Morgan analyst Sterling Auty downgraded Qualys to underweight from neutral and cut his price target to $82 from $90, given the weak revenue outlook did not jive with the company’s target of 20% or more growth in 2021.

“Impressive results and guidance from both Tenable TENB, -0.97%  and Rapid7RPD, -0.04%  would indicate that their product portfolios are better aligned with the market at the moment,” Auty said. “Further signaling the reason for the weak guidance in 2019, short-term billings in the December quarter came in $1 million shy of our expectation.”

BTIG analyst Joel Fishbein, who has a neutral rating on Qualys, said he was moving to the sidelines until he had better visibility into customer adoption of new products like the company’s global IT asset inventory Cloud App. Qualys’s weak revenue forecast “leaves us scratching our heads,” Fishbein said.

“In our view, this step-down in growth would likely spark less investor frustration if not for the company’s prior discussion of its potential FY21 model of revenue growth in the low to mid 20’s,” Fishbein said. “While the EPS guide remaining strong on lower revenue is a silver lining, the growth outlook ultimately rattles our pre-call understanding of the growth story.”

To a lesser degree, Twilio’s TWLO, -7.30%  stock got punished, even after more than half of analysts raised price targets, after the cloud-computing company outlook didn’t rise to Wall Street targets. Twilio shares dropped 6.6% to $107.69 after touching an intraday low of $105.60. For the year, shares are up 21% and up a staggering 307% over the past 12 months.

Some of the noise on the revenue outlook may have come from some analysts accounting for SendGrid revenue and some not, said J.P. Morgan analyst Mark Murphy, who has an overweight rating and a $125 price target. Twilio agreed to buy SendGrid for $2 billion back in October.

“Tactically, the stock had a massive run in the last few weeks (up >40% since early January), and as such it might see some profit-taking temporarily,” Murphy said

Monness Crespi Hardt analyst Brian White, who has a buy on Twilio and raised his price target to $150 from $117, said he expects low levels of profitability as the company invests back into the business.

“The company has grown sales at a four-year CAGR of 64% and we believe Twilio is still undervalued at current levels based on the growth trajectory we see ahead for the company,” White said.

Of the 20 analysts who cover Twilio, 18 have buy or overweight ratings, one has a hold rating and one has an underweight rating. Eleven analysts raised their price targets on Twilio for an average $118.35.

Why Morgan Stanley says ‘the stars are aligned’ for this asset