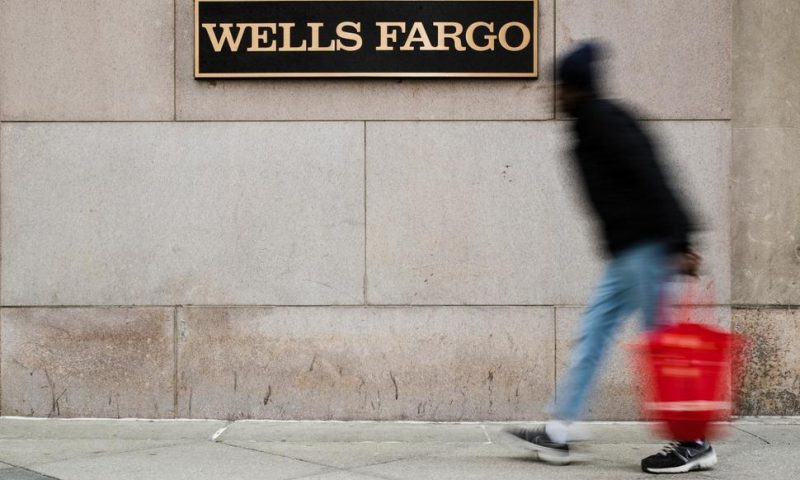 WASHINGTON — Wells Fargo’s net income in the third quarter fell 23% to $4.61 billion, as the banking giant struggles to get past scandals over sales practices in its retail division.

The bank, based in San Francisco, said Tuesday that its earnings fell to 92 cents per share from $1.13 per share a year ago.

The results missed the average Wall Street estimate of $1.15 per share, based on a survey of seven analysts by Zacks Investment Research. The latest results include a charge of 35 cents per share related to lawsuits over a scandal in its retail business that has dogged the bank for years. That was offset somewhat by a gain of 20 cents per share from the sale of a retirement trust business.

Wells remains under growth restrictions by regulators after years of missteps, beginning in 2016 with the uncovering of millions of fake checking accounts its employees opened to meet sales quotas. Last year, the Federal Reserve capped the size of Wells Fargo’s assets. The Fed hasn’t said when it will lift the restrictions on the bank.

The bank’s net interest income for the quarter declined about 8% to $11.6 billion, in part due to falling interest rates. Wells had $12.6 billion of interest income in the third quarter of 2018. The average rate on the 30-year, fixed-rate mortgage dipped to 3.57% last week from about 4.9% a year ago, according to mortgage buyer Freddie Mac.

The biggest U.S. mortgage lender posted revenue of $26.88 billion in the period. Its revenue net of interest expense was $22.01 billion, up slightly from $21.94 billion a year earlier and surpassing Street forecasts. Five analysts surveyed by Zacks expected revenue of $21.12 billion.

Just before the quarter ended, Wells Fargo named its third CEO in as many years as it attempts to move on from its scandals. Charles Scharf, chief executive of the Bank of New York Mellon, will take over next week for C. Allen Parker, who has led the company since March.

Wells Fargo & Co. shares fell about 1.1% in premarket trading, but have climbed about 5% since the beginning of the year. The stock is down more than 8% in the last 12 months.