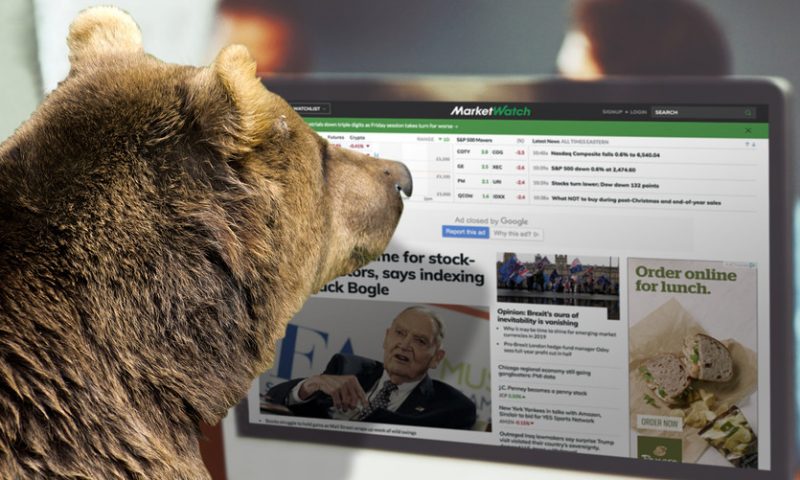 The stock market needs to carve out a fresh record — and soon — or else, says chart watcher Andrew Adams.

The technical analyst said that the S&P 500 index SPX, -0.28% has managed to defend a long-term uptrend that dates back to 2009 — the advent of the current bull run for markets. However, the listless nature of U.S. equity benchmarks and a recent lower tilt for the broad-market benchmark could seriously jeopardize the decadelong rally, says Adams, a former senior associate at Raymond James, who is now working along prominent analyst Jeff Saut at Saut Strategy.

Adams suggested that the current dynamic in the market is fragile, with the Dow Jones Industrial Average DJIA, -0.39% the Nasdaq Composite IndexCOMP, -0.45% and the small-capitalization oriented Russell 200 indexRUT, -0.88%  under pressure for the past few weeks.

Still, optimism could be erased if the index breaches its long-term trend line, with readings of momentum already signaling a flagging pace of gains since the last time the S&P 500 threatened a decisive break below trend (see chart below):

“And to reiterate from previous weeks, I really don’t want to see an acceleration to the downside start from these levels,” Adams said, in a Wednesday research note.

“If that were to happen it would be coming after the S&P 500 ‘kissed’ the underside of the previous uptrend line that was in place from 2009 until late last year (red line on top panel) and after the index put in a ‘negative divergence’ by making new highs but with lower RSI (momentum) readings the last two times (lower panel),” he said.

Is it time to revive the rumors that Apple will buy Tesla? Here’s why one expert thinks so