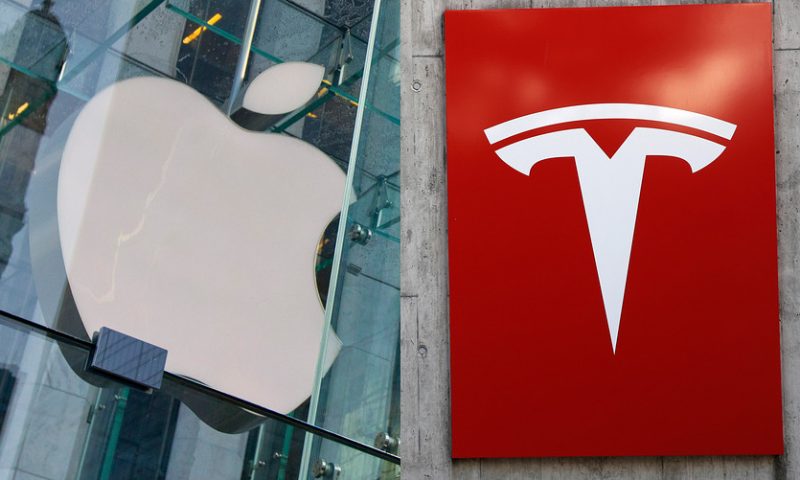 Scott Galloway says Tesla is coming ‘undone,’ and will be ripe for an acquisition

The bad news seems to keep on coming for Tesla Inc., and one expert says this is the year the electric-car company “comes undone” — and maybe gets bought by Apple Inc.

Scott Galloway, an author, marketing professor at New York University and occasional MarketWatch contributor, said in an interview Wednesday with Yahoo Finance that he believes Tesla TSLA, -6.02%   will be acquired in the near future.

“This is the year Tesla comes undone,” Galloway told Yahoo Finance’s “On the Move,” citing its “overvalued” stock and executive turmoil, including the Twitter travails of Chief Executive Elon Musk.

“I think Tesla goes below $100 a share within 12 months,” Galloway said, “and I do think it gets acquired, because there’s real brand value there.”

“Apple is the premiere organization in the world for creating tech hardware, and you would argue that Teslas are premiere tech hardware. So, from a product standpoint, it makes sense,” he said.

Galloway said if that happens, look for the Tesla brand to fade away eventually. “At the end of the day, there’s one core brand here, which means they’d be overpaying. So, over time, they’d probably turn it into the Apple car.”

Rumors of Apple buying Tesla have percolated for years, and Roth Capital Partners analyst Craig Irwin told CNBC earlier this week that the tech giant made a serious bid in 2013, for $230 a share.

Apple has reportedly had self-driving-car aspirations for years, though those plans have changed their focus dramatically. It laid off nearly 200 workers from its autonomous-car unit earlier this year, according to Reuters.

Earlier this month, Apple CEO Tim Cook acknowledged the company buys a company “every two to three weeks” — though obviously nothing as big as Tesla, yet. Its biggest acquisition to date was the 2014 deal for Beats, for $3 billion.

And Apple could probably afford it — it has about a $113 billion net-cash balance, according to its most recent quarterly earnings report.

Some analysts pooh-pooh the idea though. According to a transcript posted online of a private call between Morgan Stanley analysts and institutional investors Wednesday, an acquisition by a tech giant such as Apple or Amazon.com Inc. AMZN, +0.12%   is unlikely.

While acknowledging those companies may show interest, “For risk mitigation and liability containment, they may not want to expose themselves to the unlimited liability of being involved in owning a business where occasionally a car catches on fire, takes down a building, or accidentally kills a pedestrian or passenger, things that happen. The auto industry has an ugly side to it,” analyst Adam Jonas, a longtime Tesla bull, said in the transcript. “Perhaps those big tech firms don’t want to expose themselves to that up front. And moreover they realize the autonomous race is more of a marathon, where over a 10- or 20-year period you collect real-world miles. There may be other ways to do that besides owning a full-stack, awesome, great auto company.”

“Tesla is not really seen as a growth story,” Jonas said, according to the transcript. “It seems like a distressed credit and restructuring story.”

Wednesday was not a good day for Tesla, as its stock fell for a sixth straight day, hitting another 2½-year low. Consumer Reports also issued a scathing report on Tesla’s Autopilot driver-assistance feature, and called into serious question Musk’s promise to have fully autonomous vehicles on the road as early as next year. Market analysts continue to lower their price targets, with growing concern over Tesla’s slumping sales and its future cash burn. On Tuesday, Morgan Stanley gave a worst-case scenario of Tesla stock falling as low as $10 a share, citing slacking demand.

Amazon is selling entire houses for less than $20,000 — with free shipping