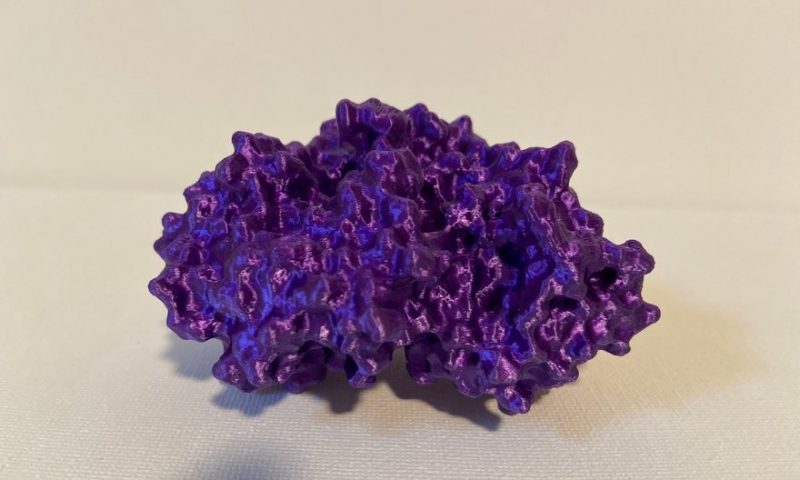 As its name suggests, Vanqua Bio wants to vanquish neurodegenerative diseases like Parkinson’s and Alzheimer’s. Now, the biotech has $85 million in series B funds from a series of venture firms and Big Pharma Eli Lilly to start human trials within two years.

First up on Vanqua’s agenda is advancing its work using human genetics to pinpoint causes of diseases like Parkinson’s, which greatly impacts movement, and Gaucher, a rare inherited disorder that causes organs to enlarge and affects their function and potentially weakens bones.

Vanqua is converting patient-derived skin cells into stem cells to generate neurons, microglia and astrocytes, which are critical to cognition and synaptic transmission. This approach allows the company’s scientists to study disease at a cellular and biochemical level, explained Jim Sullivan, Ph.D., Vanqua’s CEO and co-founder, during a tour of the biotech’s lab and headquarters in Chicago’s Lincoln Park neighborhood.

The neuroscience R&D field has been “hampered” for several decades, Sullivan said, because of research approaches that used rodent models, in which scientists would inject a toxin into the animals and then expect to see degeneration of the brain within days.

“People would think that’s a model of the disease. It’s not because you don’t get Parkinson’s within a day or two, so this approach is fundamentally different, and we think it has a much higher probability of success,” Sullivan said. Vanqua is using the stem cells to look at patient-derived neurons over the course of 100 or more days, which is a “much more rigorous way” to study disease, the CEO said.

Vanqua is taking cells from patients with the GBA gene, which makes the enzyme glucocerebrosidase, or GCase. Mutations in GBA lead to decreased activity in GCase, which leads to loss of homeostasis, or relative equilibrium, in the lysosome, colloquially known as “the recycling center of the cell,” said Kevin Hunt, Ph.D., Vanqua’s chief scientific officer, during the interview with Sullivan. Toxic forms of proteins like alpha synuclein then accumulate and harm the neurons.

The company’s brainchild is the lab of co-founder Dimitri Krainc, M.D., Ph.D., who is chair of the Department of Neurology at Northwestern University’s Feinberg School of Medicine. Sullivan described Krainc as “one of the world’s experts” in understanding how gene mutations, like the ones behind Parkinson’s, affect neurons.

“What our team has been able to do is find molecules that will increase the activity of GCase and in so doing, restore the normal functionality of the lysosome. You’re not turning it back on, but you’re just allowing this recycling center to do its thing,” Sullivan said.

Aside from GBA Parkinson’s and Gaucher, Vanqua’s other programs include work on Alzheimer’s disease and amyotrophic lateral sclerosis (ALS) by targeting the complement pathway in the innate immune system, Sullivan said.

Alzheimer’s might be further down the pipeline for Vanqua, but the FDA’s recent approval of Biogen’s drug Aduhelm could have near-term impact.

“The ability to have biomarkers that you can use not just when you get to phase 2 and phase 3, but as importantly, in early clinical development that enables you to either advance a program or, frankly, as importantly, stop a program because you’re not seeing changes in that biomarker,” Sullivan said. The green light for Aduhelm “opens up” further discussions with the FDA around applying the biomarker approval to other neurodegenerative diseases, the CEO said.

And Vanqua’s series B includes a slice from Lilly, a Big Pharma that itself has stepped up its commitment in Alzheimer’s and other neurodegenerative disorders following the Aduhelm approval.

The backing from Lilly and venture investors also gives Vanqua the ability to consider “other attractive opportunities that we could in-license into the company,” Sullivan said. The CEO previously was vice president of research for AbbVie and helped work on Rinvoq, Venclexta and Mavyret, and before that spent nearly 20 years at Abbott.

For now, the 15-employee Vanqua is focused on attracting more talent. With leading biopharmas in the Chicago area and close access to “excellent academic labs,” Vanqua is growing in a biotech ecosystem that is “really starting to develop” in the U.S.’s third largest city, Sullivan said.

The series B was led by Omega Funds and included founding investor OrbiMed as well as new investors like Surveyor Capital, Avoro Ventures and others.

Pfizer and Trillium: How a $25M investment led to a $2.3B buyout