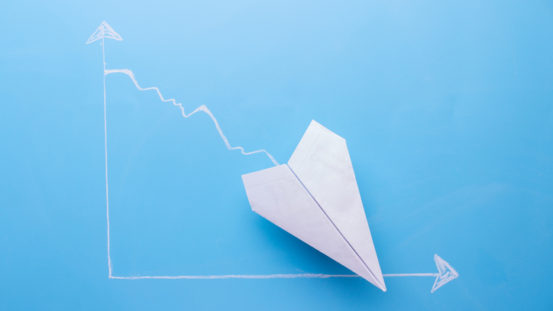 As a comparison, the second largest drop in sentiment for the Nordics was for Asia ex Japan equities with a 12-percentage point drop.

Sentiment towards the asset class has only dropped since last quarter for both Nordics and pan-Europe. 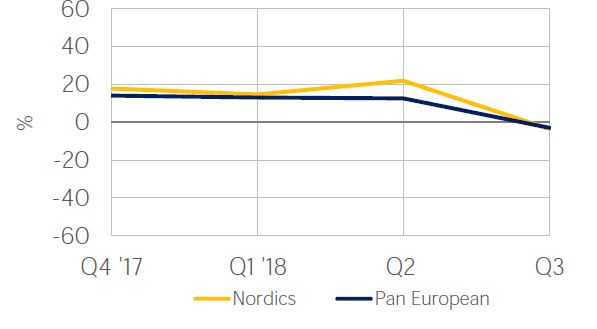 When broken down, during Q3, 9% of Nordic fund selectors were looking to increase their allocation towards the asset class over the 12 months to September 2019, 31% to hold, 13% to decrease, and 47% did not use the asset class.

Despite the slump in sentiment, Danish BankInvest investment committee member and senior product specialist, Jens Rundager said it was still worth investing in the asset class.

“Argentina has been the big bad guy in the [frontier market] universe this year and it has quite a big exposure in the benchmark – typically between 15-20%. In 2017 Argentinian equities returned 57% – this year they are down 46%,” he said.

“We see a stabilising situation and an overreaction on the currency and equity pricing, so we are keeping our exposure there.

“You could say if we had excluded Argentina completely in 2018 it would have been quite a nice story with a slight positive return, but you can’t exclude an entire country. But a huge part of the universe is Argentina still and we think it’s worth investing in.”

Index provider MSCI is due to upgrade Argentina from ‘frontier’ to ‘emerging’ market status in May next year.

While Rundager said his exposure to frontier equities was not a base exposure he said he did prefer frontiers over emerging markets and Brics due to the structural growth story and that it was worth having a high exposure based on valuations.

He said the structural growth story centred around the rising domestic consumer and that he liked consumer and banking stocks.

Rundager noted that liquidity for frontier markets compared to main markets would be the biggest challenge but this was not a huge issue for him as he had a long-term investing horizon.

“Volatility and illiquidity could be an issue at some point if the cycle turns – at least over the short-term,” he said.

“In [frontier markets] even though it’s a smaller and an off-benchmark allocation, it’s a story that’s easy to relate to. [For the] long-term investor it’s definitely worth paying attention to,” he said.

According to Morningstar data, the top performing frontier market fund over the three years to 30 September 2018 was Magna new Frontiers N Accumulation at 47.8%. 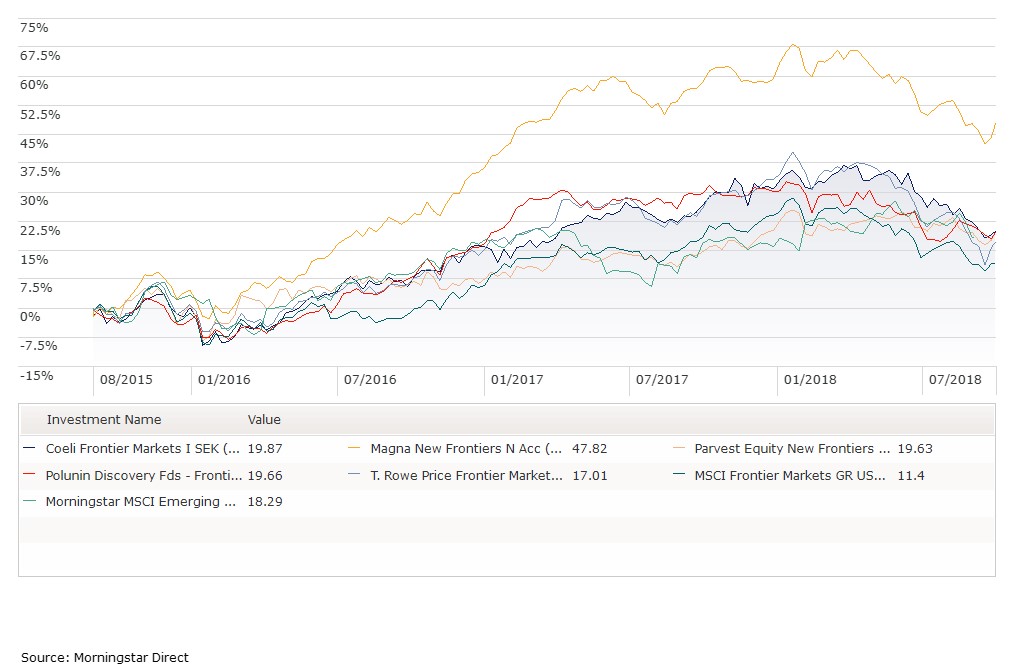 Polunin Discovery Funds’ Frontier Markets Fund followed with a return of 19.7% over the three years to 30 September 2018.

Parvest Equity new Frontiers Classic Capitalisation fund over the same period returned 19.6%. The fund was the top performer for the one year to 30 September 2018 at 6.5% and was only one of two funds that made a return during that period.

Rounding out the top five was T. Rowe Price Frontier Markets Equity I USD at 17.01% for the three years to 30 September 2018.

The top funds were found using Morningstar that were open-ended Europe funds domiciled in either Ireland or Luxembourg and were for sale in at least three pan-European countries.

Investors may turn to gold this Diwali as volatility hits equities