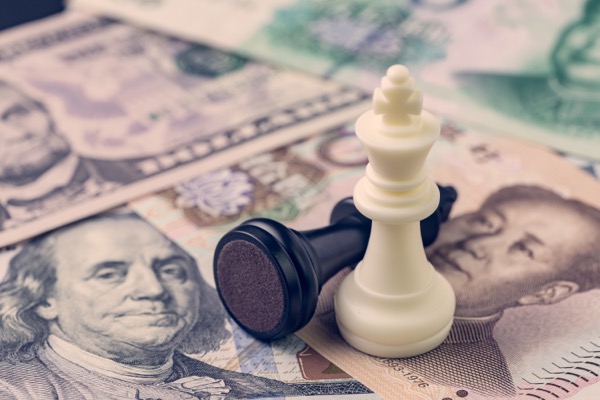 Risk aversion hit US equities as stocks plunge with all sectors trading lower. Oil’s collapse to a 13-month low also helped drive stocks lower. The US dollar traded higher against the Japanese yen and may have seen its correlation to equities come to an end. The backdrop for a stronger dollar may remain if expectations for the Fed to continue its tightening cycle grow.

The CME Fed Funds Futures probability of a 25-basis point rate increase in December was 72.3% and increase from yesterday’s probability of 68.9% but was still down from 75.8% chance we saw a week ago. The reversal in sentiment came from Vice Chair Clarida’s comment on November 16th that the global economy deserves attention, and it looks like it’s slowing. Yesterday, Fed’s Williams, a voter stated he expects the FOMC to continue gradual tightening toward more normal rates in December.

The dollar is benefiting from risk off moves from cable as the Brexit deadline nears. Sterling sold off earlier in Europe after the UK government withdrew a vote on finances as DUP demands her to seek a better deal. Tomorrow PM may flies to Brussels to meet EU’s Juncker for Brexit talks. Sunday, November 25th the European Leaders will meet on Nov 25th to endorse the Brexit deal and announce future relationships. This step is needed before PM May can bring the deal to House of Commons for a vote.

Euro weakness stemmed from anticipation from the European Commission response to EU members budget plans. Brussels is expected to tell Rome that they violate EU fiscal rules. Italian yields skyrocketed to a one-month high, along with Spanish yields as Spain’s minority government may have their budget fail to pass Parliament, which would result in a snap general election.

Price action on the USD/JPY daily chart shows that price is tentatively finding resistance from the 50-day SMA, which currently trades at 112.85. If downward momentum returns, key support may come from 112.00 region which is supported by both the upward sloping trendline and the 100-daySMA. To the upside 114.00 remains key resistance. 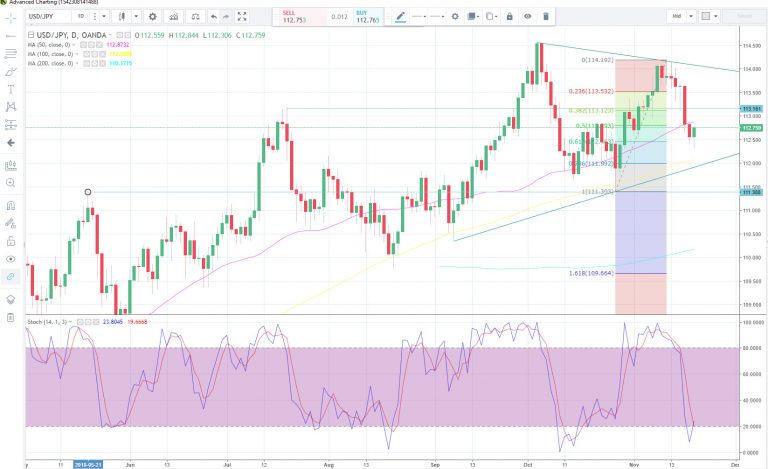