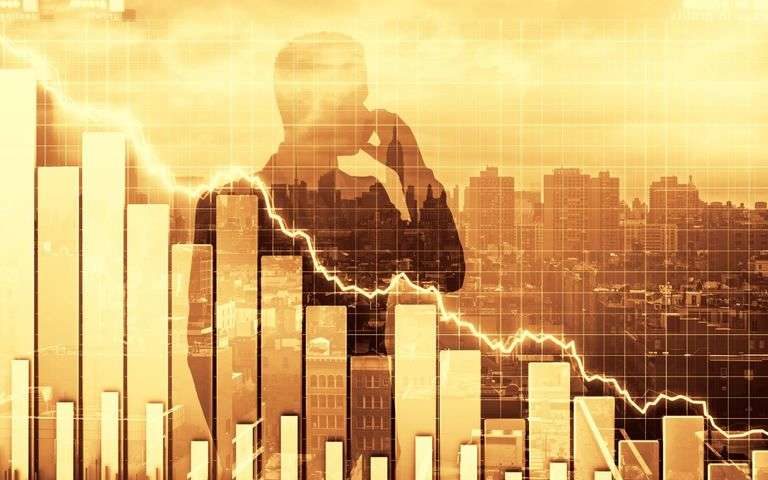 Investment sentiment has been slipping recently as worries about Italy, Brexit and US-China trade relationship have prompted traders to become risk-adverse. Today, we are seeing a wide-range sell-off as global sentiment has taken another turn for the worst.

EasyJet shares are lower today despite announcing solid full-year results. Pre-tax profit jumped by 41.4% to £578 million – which is at the higher end of the group’s forecast of between £570 million and £580 million. The airline confirmed that forward bookings have been strong, and bookings for the summer have been ‘promising at this very early stage’. The firm has proposed a dividend of 58.6p, which would be an increase of 43% on last year – shareholder approval is required first. The numbers were very good given the turbulence in the airline sector.

CYBG warned that uncertainty surrounding Brexit is lowering business confidence, and the political talks remain unclear. Full-year underlying profit before tax increased by 13% to £331 million, but it swung to a statutory loss of £145 million due to legacy PPI costs. Mortgage lending and core small and medium enterprise lending jumped by 4.5% and 5.6% respectively. It was worrying that net interest margin fell from 2.27% to 2.17%. The share price has been in decline since August, and if the bearish move continues it could target 200p.

Compass Group announced a 7.1% rise in full-year profit. The group’s cost cutting helped boost earnings. The firm reduced labour and foods cost in an effort to offset the increased expenses at the British business. The company sold-off non-core assets, and operating margin held steady at 7.4%. The shares price has been in an upward trend since 2009, and if the positive move continues it might target 1,750p.

All the major indices are in the red as investor confidence has taken another knock. The tech sector is having another sharp decline as fears are growing that we have reached peak iPhone sales. The slump in the oil market, has weighed on Exxon and Chevron.

Apple shares are in the red after Goldman Sachs trimmed its price target to $182. It was the second price downgrade in one week, which underlines how nervous the bank are about the stock. The company is no longer the Apple of the market’s eye as traders are fearful about iPhone sales growth.

There was some mixed housing data from the US today. Housing starts ticked up to 1.228 million in October, topping the 1.225 million forecast that economists were expecting. Building permits cooled to 1.263 million. Keep in mind that the NAHB housing index fell to a two year low yesterday. Questions have been raised over the health of the US housing market recently, and the higher interest environment is likely to make life difficult for the sector.

Target shares are in the red after a disappointing set of third-quarter numbers. Earnings per shares came in at $1.09, which undershot the $1.12 that traders were expecting. Revenue was $17.82 billion – broadly in line with forecasts. While same-store-sales grew by 5.1%, and equity analysts were expecting 5.2% growth.

The US dollar index bounced back after losing ground in the past two sessions. The greenback reached a 17 month high earlier this month, and given there is wide speculation we could see a rate rise from the Federal Reserve next month ,the dollar might retest the recent highs.

EUR/USD has been hit by the firmer US dollar, and the uncertainty surrounding Italy is weighing on the single currency too. The strained relationship between the Italian government and the EU rumbles on, and investors are fearful another round of the debt crisis could be sparked.

GBP/USD is suffering on account of the continued uncertainty surrounding Brexit. The DUP are propping up the Conservative Party at Westminster, have issued a warning to Prime Minister May about her draft proposal. The Northern Irish party are applying pressure to Mrs May in a bid to prevent the draft proposal being passed.

Gold is lower on account of the stronger US dollar. The inverse relationship between the metal and the commodity is still in play, but seeing as the greenback has rallied by 0.4%, it is impressive that gold has only dropped by 0.1%.It is possible the metal is attracting some buyers because of the risk-off mood of investors.

Oil had endured a heavy day of selling as investors are worried about supply. US stockpiles are rising, the global economy is slowing, and there is a perception that future demand will be weak. To add to the mix, production from Libya has soared, and there is talk that production could be ramped up even further.

USD/JPY correlation to equities may have ended today