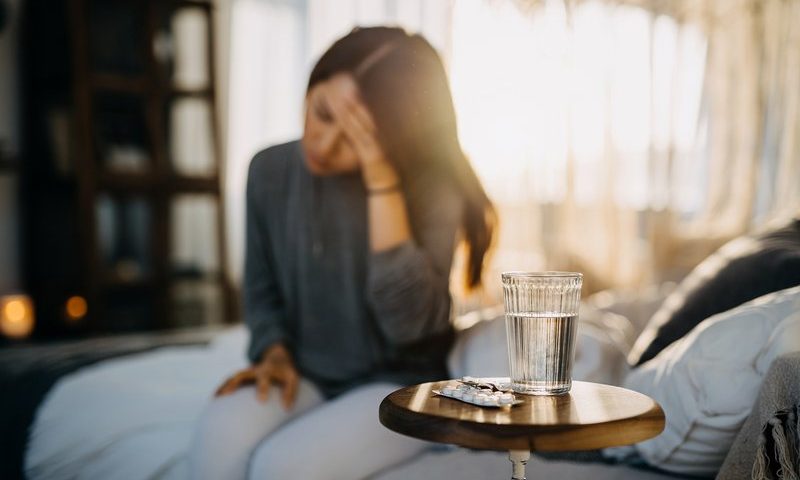 Scientists have long been aware that people with Type 2 diabetes are unlikely to develop migraines, and migraine sufferers have a low chance of developing diabetes. But what’s behind the link between those two very different disorders? Scientists at the University of Tennessee believe they’ve found an answer.

Two small proteins, CGRP and PACAP, contribute to migraines but also drive the production of insulin, the researchers discovered in mouse models. They believe their insights could inspire new diabetes treatments, they reported at a meeting of the American Chemical Society.

CGRP lowered levels of mouse insulin 2, an analog to human insulin, which regulates blood sugar levels, the researchers reported. That potentially offsets the insulin resistance that is the hallmark of Type 2 diabetes, they said. The group also found PACAP regulates insulin in mice based on glucose levels and promotes the growth of insulin-producing beta cells, helping prevent existing ones from wearing out due to overuse. Both could explain the protection against diabetes.

That being said, “you can’t inject CGRP and PACAP into the body as therapeutic strategies for diabetes because these peptides cause migraine pain,” said principal investigator Thanh Do, Ph.D., assistant professor of chemistry at the University of Tennessee, in a statement. “But once we understand how they exert their effects on insulin secretion, we can design peptide analogs that would control insulin but would not bind to the pain receptor.”

And, PACAP, that other peptide studied by Do’s team, is the target of migraine development, too. Lundbeck picked up the anti-PACAP drug ALD1910 (now LU AG09222) in a $2 billion acquisition of Alder BioPharmaceuticals in September 2019 and completed a phase 1 trial last summer.

Based on his team’s findings, Do worries that anti-CGRP and anti-PACAP treatments for migraines could increase the risk of diabetes. And because the peptides also play some beneficial roles in humans, such as blood vessel dilation, further research would need to be done to understand the risks of altering the peptides, he said.

Editor’s note: This story has been updated with corrected information about Lundbeck’s migraine research.