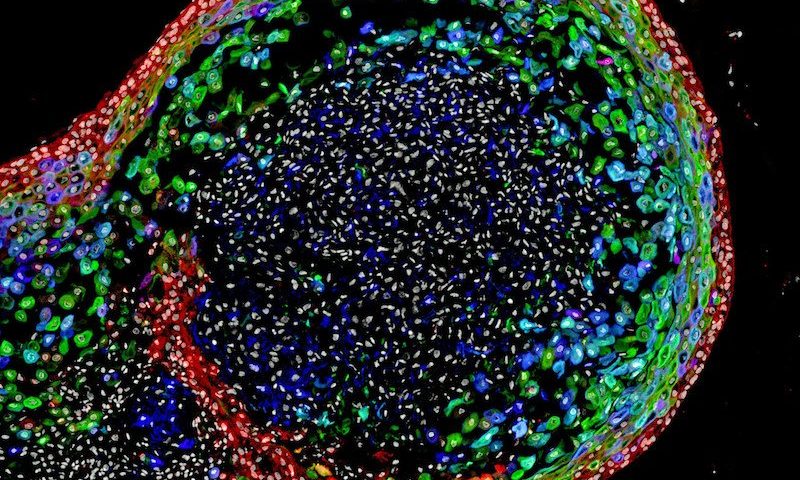 Neurogastrx thinks its late-stage acid reflux drug and another midstage gastrointestinal treatment can beat out existing mainstay therapies and has convinced investors to pump $60 million to get the two hopefuls closer to the finish line.

The fresh proceeds will bankroll a phase 3 trial in a subset of digestive disease patients with erosive esophagitis (EE) early next year and an ongoing phase 2 study in patients with gastroparesis, which delays or halts food from traveling from the stomach to the small intestine.

Vivo Capital led Thursday’s series B financing round with participation from Samsara, Marshall Wace and RTW. Neurogastrx previously raised $45 million in a series A from 5AMVentures, OrbiMed Advisors and venBio Partners in January 2018. Those original backers took part Thursday, as well.

The Woburn, Massachusetts-based biotech is attempting to compete in a heavily crowded gastroesophageal reflux disease, or GERD, market. The condition affects upward of 60 million people in the U.S.

The market already includes Takeda’s Prevacid and Dexilant, AstraZeneca’s Nexium, Johnson & Johnson’s Pepcid, P&G’s Prilosec and a whole pharmacy shelf of generics and other proton pump inhibitor (PPI) meds. Pepcid and Prilosec are even available over-the-counter without a prescription.

To edge its way in, Neurogastrx will conduct a phase 3 trial in 2022 testing lead asset fexuprazan in EE, which affects about 20% of GERD patients. EE is characterized by stomach acid causing inflammation, irritation or swelling of the tube that connects the throat to the stomach.

Neurogastrx is tackling EE using a potassium-competitive acid blocker, or P-CAB, instead of PPIs. While “PPIs are great,” there are almost 10 million patients in the U.S. “who actually are not getting adequate symptom relief on even high-dose PPIs,” said James O’Mara, president and CEO of Neurogastrx, in an interview with Fierce Biotech.

The biotech picked up the development and commercialization rights to fexuprazan in the U.S. and Canada through an exclusive license agreement with Daewoong Pharmaceutical disclosed in June. Daewoong has already completed a phase 3 trial of the drug in South Korea and is seeking marketing approval in that country, the companies said. The South Korean partner gets an equity stake in Neurogastrx as part of the pact, which will increase to 13.5% upon the American biotech’s IPO.

To boost work in the GERD field and bring fexuprazan into the late-stage trial, Neurogastrx hired Paul Rogers as chief business officer in conjunction with the financing. Rogers led the U.S. clinical development of Nexium at AstraZeneca and was vice president of global marketing for Ironwood Pharmaceuticals’ Linzess, an irritable bowel syndrome drug. He was most recently CBO of KinDex Pharmaceuticals.

Neurogastrx also added Christophe Arbet-Engels, M.D., Ph.D., who joins as chief medical officer from Millendo Therapeutics, where he held the same role for the endocrine and rare diseases biotech. Neurogastrx also hired Jim DeTore as chief financial officer after he served in the same position at Proteostasis Therapeutics and bluebird bio.

DeTore, Rogers and O’Mara all worked together at Ironwood in the early 2010’s.

“We’re getting the band back together,” O’Mara said.

Arbet-Engels complements the company’s GI expertise with his endocrinologist background, the CEO said. That resume is critical for Neurogastrx’s second asset, which is being investigated in a GI disorder that is commonly found in diabetes patients, the CEO said.

Given Big Pharma’s general lack of interest in the GI space in recent years, O’Mara said Neurogastrx doesn’t have any plans to partner up on its two drugs. A lot of gastroparesis patients end up in the gastroenterology office, “so they’re easy to target.”

With about 10,000 gastroenterologists in the U.S., a biotech the size of Neurogastrx can take on that commercial effort, O’Mara said. But, the company will need even more cash beyond Thursday’s series B to handle the phase 3 studies and commercialization, he added.

Unraveling the link between migraines and protection against diabetes