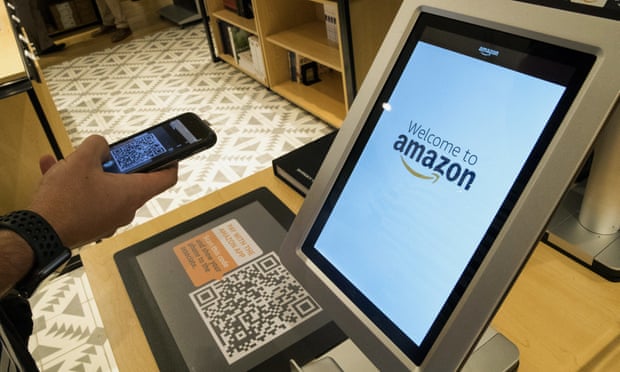 Britain’s unions aren’t too impressed by Amazon’s pay rise – and are urging the company to improve working conditions too.

“Amazon is a trillion-dollar company. It can easily afford to pay staff higher wages.

“If Amazon is really serious about looking after its workforce it must recognise trade unions. And it must end the exploitative working practices that have seen hundreds of ambulances called to its UK warehouses.

“All workers deserve decent conditions at work – not surveillance, inhuman targets and the threat of a disciplinary if they to go to the toilet.

“Today’s announcement is the result of campaigning by the GMB and unions around the world. It’s only a start and shouldn’t be spun as a huge act of generosity.”

Back in 2016, journalist James Bloodworth worked undercover at an Amazon warehouse, and reported that some staff were urinating in bottles because they feared disciplinary action if they took a toilet break.

What could possibly have prompted Amazon’s sudden largesse?

Well, the company has been facing rising criticism on both sides of the Atlantic for its business practices, from pay and conditions to its tax bills.

Progressive US senator Bernie Sanders has targeted the company with a new bill called Stop BEZOS. It would penalise companies whose poorly paid staff were forced to take welfare payments to make ends meet.

Amazon is one of the biggest employers of those who receive food stamps in the United States, with nearly one in three Amazon workers on food stamps in Arizona and one in 10 in Pennsylvania and Ohio.

European workers are also unhappy. There have been strikes in Italy, Germany and Spain as unions demand better pay and conditions from the company.

UK workers have also warned that conditions at Amazon’s warehouses are below standard, with ambulances had been called out 600 times to the online retailer’s UK warehouses in the past three years.

Today’s pay rise won’t address those issues, but may show that Amazon has recognised it has a serious problem.

Grand Seiko Corp Of America Becomes Its Own Company